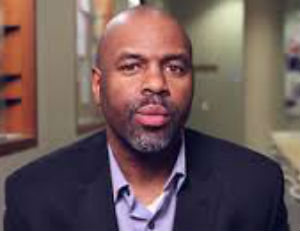 Sometimes documentary filmmakers are inspired to embark on their projects. Others are compelled.

But in the case of the documentary filmmaker Byron Hurt, inspiration, a strong moral compass and increased confidence in himself as a filmmaker and moderator of some of the weightiest topics in American culture, has introduced his audience to Hazing: How Badly Do You Want In?. It’s a feature-length documentary in the development and fundraising stage. It’s also timely, given the fallout from the hazing death of Florida A&M University student and Marching 100 Band member Robert Champion.

“I have to acknowledge that I’ve had some fear and trepidation taking on this topic,” he said via phone, back from a trip during which he was screening his film, Soul Food Junkies. “But it’s a really timely, important piece. I’m prepared both as a filmmaker and an intellectual.”

Hurt was a football player at Northeastern University in Boston, and is also a member of Omega Psi Phi Fraternity, Inc. He has admitted to being hazed and, if you know anything about Hurt’s film, you can likely expect at least one aspect of the film to be deeply biographical.

At least in football he “didn’t experience anything quite that extreme,” but his experiences have led him down another road personally.

“I’ve always felt I wouldn’t not want to send my son or my daughter to college, join a fraternity, band, or athletic team only to have them physically assaulted or killed. To me, that’s doesn’t even make sense.”

With several projects in the works, Champion’s story only triggered the timing of his pitch and campaign on IndieGoGo.

“To hear his story, and see what he went through, to me it’s just seems non-sensical. And completely crazy.”

Like his film Hip-Hop: Beyond Beats and Rhymes, Hurt says he hopes the film will help to open a dialogue for black men affected by hazing rituals.

“I do have a lot of college-age men in fraternities and athletic teams who come up to me and want to talk about their experience with hazing, but don’t feel like they have the space to do so. So I think it is important for me to take on this issue. When we get to a point where people are humiliated and, at the extreme, dying, it’s something that needs to be addressed.â€

Hurt says supporters and observers thought he was going to “demonize” the topics of hip-hop and soul food, and adds that he does anticipate some backlash.

Whatever the backlash may be, “I think people should just kind of relax a little bit and just let me make the film.â€

There’s a reason for his confidence.

“Those films definitely prepared me. I can’t say that this is the culmination for me, in fact there were several other ideas I had for my next film, but I chose this one as my next project. My level of courage … the confidence I have in myself to take on this subject and not be overly concerned with how people respond is what will make this a powerful film.â€

He also wants to save lives. Hazing being “just part of the culture” is no longer an acceptable statement, he says.

“Cultures and societies progress and change. And certain things that used to be acceptable are no longer acceptable. With knowledge, information and experience things change. It take leaders, vision and new models and ways of doing things to shift the culture.”

To donate to Hazing visit the film’s Indiegogo page, or visit bhurt.com.