The Work I Do: Being an Entrepreneur in Residence 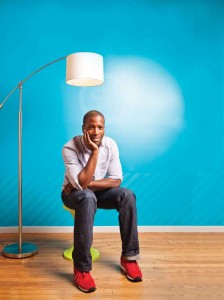 Previous Job: Walker was one of the very first employees at Foursquare when he joined in 2009. He e-mailed co-founder Dennis Crowley eight times and financed his own trip from Los Angeles to New York to meet with the founders before he was offered the job. At Foursquare, he led all strategic partnerships and monetization for the organization and spearheaded partnerships with companies such as American Express, Starbucks, and The New York Times. His last position was director of business development at Foursquare.

Responsibilities: An EIR can take a few paths. Some join a venture capital firm. Others join a portfolio company owned by the firm. Walker will be at A16Z (www.a16z.com), with a team to help him think through ideas for potential business opportunities. “I get to leverage the resources of the firm,â€ says Walker. “A colleague of mine teased me: ‘Let me get this right, you’re essentially getting a salary to brainstorm with [Silicon Valley powerhouse team] Ben Horowitz and Marc Andreessen?’ Absolutely! And hopefully I’ll build something that is important to the world.â€

Unique Exchange: Most firms generally hire EIRs who have specific domain expertise that the organization can leverage, explains Walker. “I worked really hard at Foursquare and have some semblance of expertise in local, mobile, and social. A16Z has folks in existing portfolio companies who can benefit from what I learned at Foursquare. Also, I have a pretty great relationship with Ben Horowitz. He knows I’m capable of executing, and I have a lot to learn from him as well. When I start a company, they get the opportunity to decide whether or not they want to invest in my company and they get to see it before anyone else.â€

Learning Curve: Walker interned at Twitter during his first year in business school. There he interviewed corporations and merchants to learn how the service benefited them. “I knew there were brands that used Twitter. Foursquare was just an offline manifestation of Twitter. But once I got there I had no idea about local [i.e. location-based marketing],â€ says Walker, who formerly worked as an oil trader on Wall Street. “As a company we were really creating an industry, so the learning curve was steep. When I secured the role at Foursquare I was able to out-compete people 20 years my senior because they didn’t understand the new industry either. So it put me on an even playing field.â€

Major Accomplishment: Foursquare was the first third-party social service to be connected to American Express credit cards. “You know, when you check in, get a mobile coupon, and you have to show it to the cashier. It’s a terrible process. You don’t know if the cashier knows what you’re talking about,â€ says Walker. “We fixed the redemption experience.â€ Now you can go to AmericanExpress.com, log in, and connect your Foursquare account to your credit card. If you see a deal, you can check in, unlock the deal, and when the cashier swipes the card, you get a push notification to your phone saying, ‘Thank you for your purchase, expect to receive a credit on your statement.’

“It’s an experience everybody’s used to. It’s safe, and more importantly we can now show merchants that we can help them measure the value of offline advertising. We can tell a merchant that 1,000 people saw your special nearby, 500 people checked in, 250 people redeemed the deal, and spent $1,000. We are able to measure the effectiveness of that advertising all the way down the funnel. That was my baby.â€

Skill Set: You’ll need “tenacity, if you’re in sales, because you’re going to be turned down a lot. Patience, because engineers are unquestionably the important folks out here. Everything I do is just support work for them. You need to understand how to support them in the best way possible. Finally, never stop asking questions–that is paramount. Also, you don’t get what you don’t ask for. A big reason for me getting to where I am is because I am willing to ask six questions when other people are only willing to ask five.”

Extracurricular Passion: Walker started the nonprofit Code:2040 (www.code2040.org). The goal is to get the highest performing black and Latino engineering undergraduates internships in Silicon Valley. This summer the organization will have about five interns at some of the top startups in the Valley. “We are going to provide the interns with all the skills and training they need to be incredibly successful. We have some bright kids. I’m psyched.â€