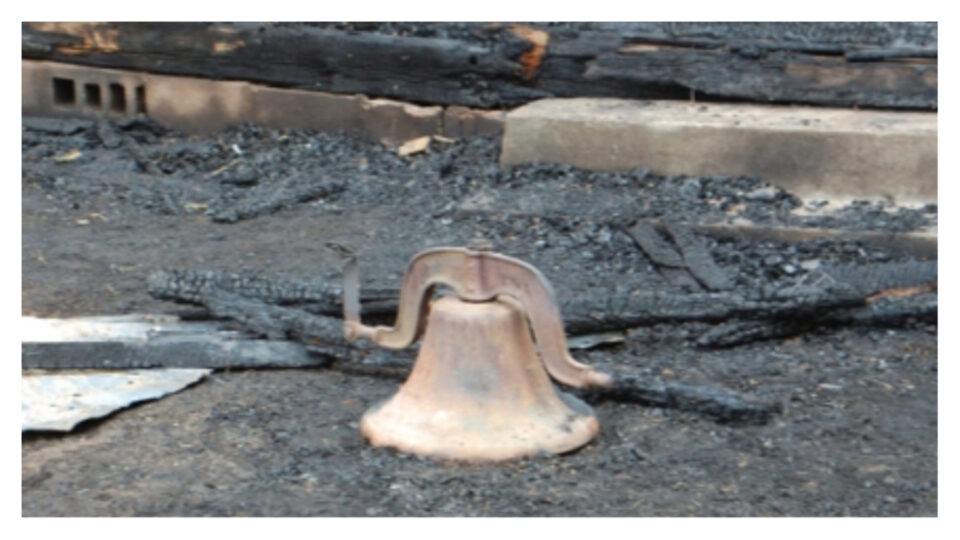 The remains of the Second Creek Methodist Church in Salisbury, North Carolina. (Photo courtesy of the Salisbury Post)

A fire destroyed the Second Creek Methodist Church in Salisbury, North Carolina on June 15, according to the Salisbury Post. The historically Black church was built around 1867.

Deborah Horne is the Rowan County Fire Marshal and said someone walking their dog called 911 after seeing the flames around 11:26 p.m. Another person driving home also called to report the flames. The building was fully engulfed by flames by the time the fire department arrived. However, they were able to contain the blaze from damaging nearby structures.

Rowan County Sheriff’s Office, the North Carolina State Bureau of Investigation and the Department of Alcohol, Tobacco and Firearms are investigating the fire but have not yet indicated what caused the fire.

Francis Young said her grandfather, William Blackwell, donated the land the church was built on, which has been owned and managed by the Blackwell and Carson families ever since. She also said the church had been moved from Holt Road by her ancestors, plank by plank.

“The church was originally on what is now Holt Road,” she said. “The street didn’t have a name at that time. We called it ‘The Bottoms’ because it was way down there. But my family took the church and moved it, plank by plank, on a wagon, to the place it is now.”