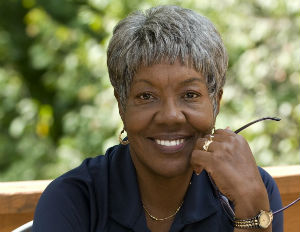 Lillian Lincoln Lambert is, in a word,Â extraordinary.

Her accolades are certainly remarkable–what you might expect of any truly accomplished professional with an impressive pedigree. However, given her humble upbringing, you might not expect that she’d be a world-class entrepreneur, a brilliant disrupter, and a living legend.

[Related: Top Cities Where Women Entrepreneurs Make the Most Money]

The first African American woman to earn a Harvard MBA,Â Lambert arrived on campus at a time when no women were allowed to live in the business school’s accommodations. SheÂ walked a half mile to campus from her Radcliffe College graduate dormitory.

LambertÂ was born on a farm in the segregated South. After graduating high school, she left home at age 18. After working odd jobs during small stints in New York and Washington, D.C., she realized that more education would be imperative to her success.

So she embraced the challenge and began her career at Howard University, where she earned a bachelor’s degree. SheÂ then applied to Harvard Business School, but her application was rejected:Â SheÂ had taken the admission process for granted and did not properly prepare.

But, the rejection letter was a game changer for Lambert. Instead of interpreting the experience as aÂ failure, she faced the challenge head-on and learned why she had not been admitted. She then took the mandatory steps to secure her admission. Her persistence led her to achieve a historical milestone: as the first African American Woman to receive a Harvard MBA.

In 2003, Harvard Business School awardedÂ Lambert the Alumni Achievement Award, the highest award bestowed on its alumni. The award recognizes recipients for “their contributions made to their companies and communities, while upholding the highest standards and values in everything they do.”

BlackEnterprise.com caught up with this barrier-breaking businesswoman to discuss persistence, resilience, and courage.

BlackEnterprise.com: You were the first African American woman to earn a Harvard MBA. That happened in 1967. How has that impacted you professionally?

Lillian Lincoln Lambert: With the reputation as one of the top schools for training managers, having that credential gets attention.Â The school did an excellent job of preparing me for the competitive world I would face. As a professional, having a Harvard MBA gave me more confidence and enhanced my credibility in the eyes of many people.Â  They were less likely to question my competence.

No doubt there were occasions when I was given an opportunity I may not have been offered if I did not have a Harvard MBA. Case in point: serving on the board of directorsÂ at Citizens Bank of Maryland, and the board of visitors of Virginia Commonwealth University.

In addition, as an entrepreneur, at times I had to remind prospective customers and/or competitors of my credentials in order to attain their respect. The Harvard MBA has been both a useful tool and a weapon in helping me accomplish myÂ goals.