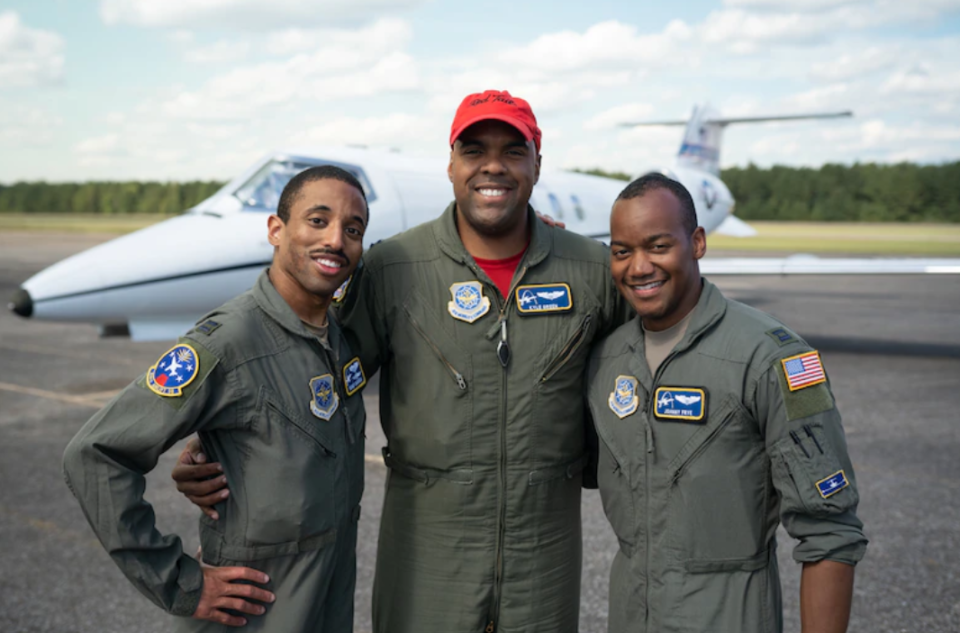 What better way to honor Veteran’s Day than by acknowledging the recent history made by a crew of Black military pilots in Tuskegee, Alabama?

Captains Kyle Green and Johnny Frye made history by becoming the first all-Black crew to land a C-21 aircraft in Alabama’s Sharp Field, formerly known as Tuskegee Army Airfield, Fox 2 Now reports. The two Black pilots made the trip to educate students on the sacrifices made by many Black military men throughout America’s history.

“I think it’s important because it’s easy to forget,” Capt. Frye said. “We weren’t living in those times and just to look at the history of what they went through.”

Both men have been flying for the military for the last six years and were honored to take the historical flight ahead of Veteran’s Day.

“Just being able to accomplish something that hasn’t been accomplished before and the historical significance of going to a field where guys that look like us trained,” Capt. Green said.

“Times are different now but their legacy and the things they had to endure should go down in history and should never leave our minds!”

The Tuskegee Airmen were the first Black military aviators in the U.S. Army Air Corps (AAC) before it became the U.S. Air Force, as noted by History. During World War II, The Tuskegee Airman had to fight racism and discrimination to help America in aerial combat.

Even after helping the country win the war, Black military men faced their own battles back home because of racism and segregation. It took decades before the Airmen were honored by sitting presidents. In 2007, 300 of the original Tuskegee Airmen received the Congressional Gold Medal from President George W. Bush. In 2009, the surviving members were invited to attend the inauguration of the nation’s first African American president, Barack Obama.