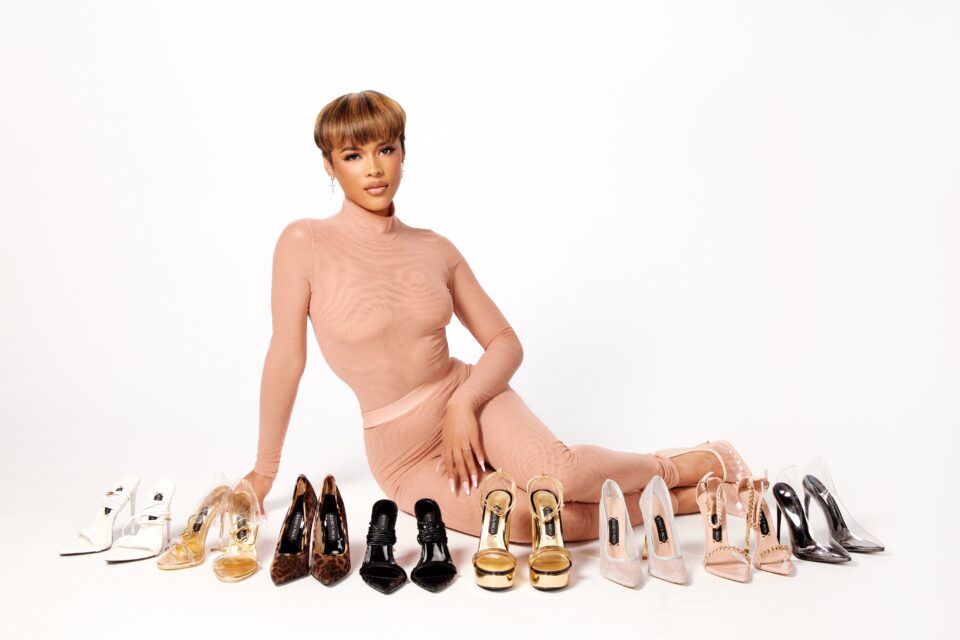 This year’s New York Fashion Week highlighted the ongoing elevation of Black luxury fashion designers. With runway shows being brought to the inner-cities of NYC, Black culture was and is being embraced in new ways.

Among the elite crew of dominating Black designers include Jessica Rich, the luxury shoe designer behind heels worn by the likes of Kylie Jenner, Cardi B, Normani, Saweetie, Keke Palmer, Jennifer Lopez, Heidi Klum and more.

As the first Black woman to have her shoes sold in Nordstrom, there were some strong glass ceilings that Rich broke through. She acknowledges that it took celebrity influence to help take her brand to the next level.

“As a Black designer, most media platforms did not take me seriously,” Rich told Black Enterprise.

“Due to the lack of representation within the luxury shoe industry, it took the recognition from celebrities such as, Kylie Jenner, and Cardi B to wear my shoes. After multiple social media posts and praises from my many famous customers, the public finally acknowledged me as legitimate and worth supporting.”

Making her way in luxury fashion alongside the likes of Kerby Jean-Raymond, Telfare Clemmons, Brandon Blackwood, and many others, Rich is in “love” with the new wave of Black luxury fashion.

“I believe it’s time for us to finally get the recognition we deserve,” Rich said. “Black culture is the culture! We are the trendsetters. We’re often copied through our music, style, fashion – basically everything.”

“Black culture is luxury, and that should be recognized. Many known “high fashion designers” have taken our style and used it as a part of their new collection. It’s time we as a community and culture receive our praises.”

Despite being a part of Nordstrom’s diversity and inclusion initiative as well as taking over Giuseppe Zanotti’s former brick and mortar location inside the Beverly Center in Los Angeles, Rich is still finding new ways to scale her business.

Her newest collection is in collaboration with the star-studded actress and singer Serayah and exudes all things Black Girl Magic.

“Jessica Rich collection stood out to me for its chic design and edgy silhouette. But, when I saw who the designer was it made me even more excited,” Serayah told BLACK ENTERPRISE.

“A woman that looks like me represents fashion, culture and class, at the same time, which is everything I desire to be. So I’m very excited for what’s to come in our future collaborations. I for sure hope to pick up a few gems from her along the way.”

As she continues to expand her fashion empire and solidify her mogul status, Rich is staying humble and she’s honored to make her ancestors proud.

“Currently, I’m living my ancestors’ wildest dreams by doing things I’ve never thought of in 1 million years,” she said. “Through perseverance and faith, all things could be achieved.”