Get Your Video Ready for the First Ever World Hiring Day 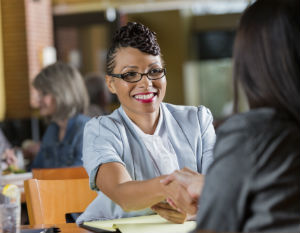 In just one week, on Wednesday, September 14, 2016, several Fortune 100 companies and more will ban together to offer the first World Hiring Day.

In an effort to shift how companies go about hiring, leading brands–including Hilton, Netflix, Delta, and dozens more–will all allow candidates to submit videos to apply for thousands of available opportunities.

Why video, you wonder?

According to HireVue, a company that hosts team acceleration software capable of combining digital video with predictive analytics to help companies build and coach higher performing teams, here are some of the reasons why video interviews are the better way to go:

“It’s no secret that the hiring process remains massively broken today, with companies missing out on great talent because of inefficient processes, while lengthy online job applications propel candidates into a seemingly black hole,â€ commented Founder and CEO of HireVue, Mark Newman, in a prepared statement. “World Hiring Day is about injecting positivity into the process by giving both companies and candidates the opportunity to discover great fits–all from their mobile devices, all on their own time.â€

This could be a great concept if interviewers capitalize on the opportunity. Video interviews not only allow you to showcase your skills as a candidate, but they also allow for more space, in terms of creativity, and prove your fit in the corporate culture prior to entering the workplace.

However, the possible downside of video interviewing could be the obvious possibility for discrimination that is harder to succumb to viaÂ paper resumes, which only list skills.

Either way, if you’re good on camera and you’re all for turning your creativity up a notch, then conducting your interview via video on World Hiring Day could be your way to go.

Why not take a shot at it?Â Learn more and get ready for September 14th.