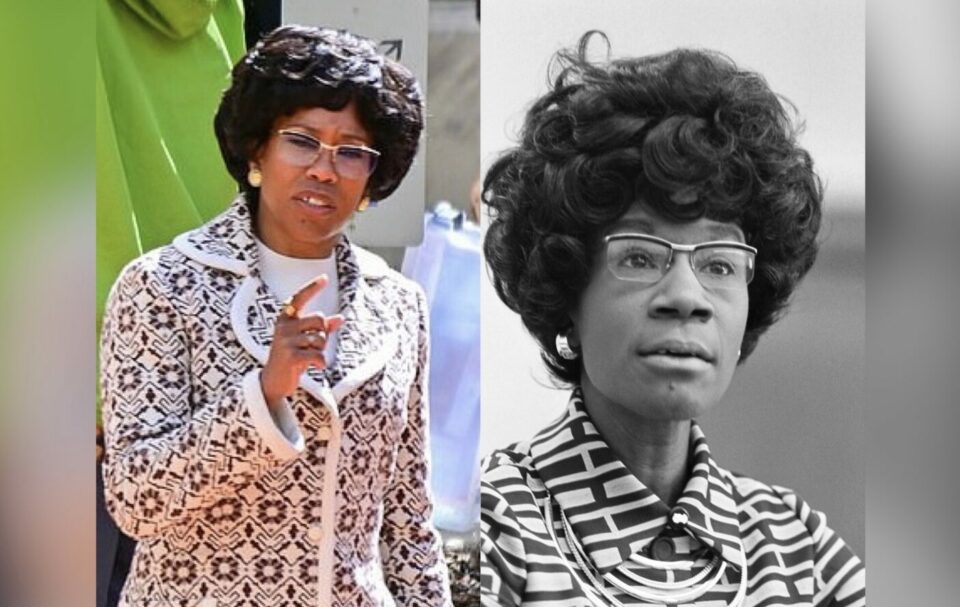 New photos have been released of Academy Award-winner Regina King’s portrayal of Shirley Chisholm, the first Black woman elected to Congress, and the resemblance is astounding. In the first look pictures, King is seen wearing Chisholm’s signature updo and glasses, sending fans reeling that another Oscar is the bag for the actress.

An upcoming Netflix biopic of the Unbought and unbossed trailblazing politician titled Shirley is currently in production in King’s hometown of Cincinnati, Ohio.

This has been the first time King has been seen since the untimely passing of her only son, Ian Alexander, Jr., at the end of January.

First look at Academy Award winner Regina King as Shirley Chisholm, in 'Shirley,' which chronicles Chisholm's historic journey as the first African American woman in Congress and the first woman and African American to seek the 1972 nomination for President of the United States pic.twitter.com/Eg27OpA6Ee

Participant, the leading media company dedicated to bringing inspirational stories to the masses and aims to motivate viewers to engage in positive social action, announced last February that it will produce the feature film.

The biopic is slated to be written and directed by Oscar-winning filmmaker John Ridley and produced by King and her Royal Ties Productions, while Jeff Skoll and Anikah McLaren will executive produce the film.

“Shirley Chisholm’s fearless determination has been an inspiration to so many of us, and with this film we hope to inspire many generations to come,” King said in a written statement. “To collaborate once again with my friend and mentor, John Ridley, and the team at Participant, makes this decade-long journey even sweeter.”

Shirley will chronicle the Brooklyn congresswoman’s 1972 presidential campaign, where she made history as the first woman and first Black woman to seek nomination for president of the United States.

“Regina’s passion for bringing a complete and very human portrait of Shirley to life has been evident since literally the day we first met. I’m very thankful to both Regina and Reina trusting me to partner in telling the story of this truly remarkable individual,” Ridley shared.

We send strength and love to King following her decision to resume acting.