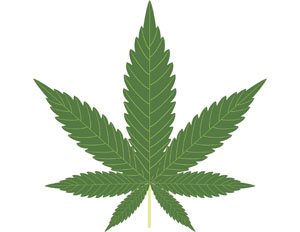 Well, it seems the battle to offer marijuana legally is slowly but surely showing signs of triumph. New York is opening eight dispensaries statewide, serving a variety of syrups, concentrates, and other forms of the drug for medicinal use, according to reports.

The state joins almost half of the states in the U.S. in allowing the use of medical marijuana Stocks. Only certified patients can partake at the centers.

Officials at the state’s Department of Health told The New York Times that only 51 patients had qualified for the drug thus far. Such certification, however, began Dec. 23 and requires a physician registered with the state to approve.

Facilities opened across the state, including one on East 14th Street in Manhattan, and other locations are opening in Westchester County, Kingston, Albany, the Buffalo area, and in the Finger Lakes regions.

The dispensaries are legal under a 2014 legislation signed by Gov. Andrew M. Cuomo, after lobbyists battled on for patients, including children, who would benefit from cannabis use to provide relief from debilitating illnesses. However, for those who believe they can just smoke on the street – as is allowed in places like Amsterdam – Cuomo has added the prohibition of that via the approval.

Five companies were chosen by the state in July to offer medicinal marijuana, according to the Wall Street Journal. The companies are only allowed to sell marijuana in the form of capsules, liquids, or oils, but they can not sell it for smoking or edibles.

Dispensing of the marijuana is only for the treatment of specific conditions, which include cancer, HIV/AIDS, Parkinson’s disease, multiple sclerosis, and inflammatory bowel disease. The state is evaluating adding more conditions that have debilitating symptoms, including Alzheimer’s disease, post-traumatic stress disorder, and rheumatoid arthritis, according to the health department.

There are almost 150 doctors in New York registered for the program, the health department reports.