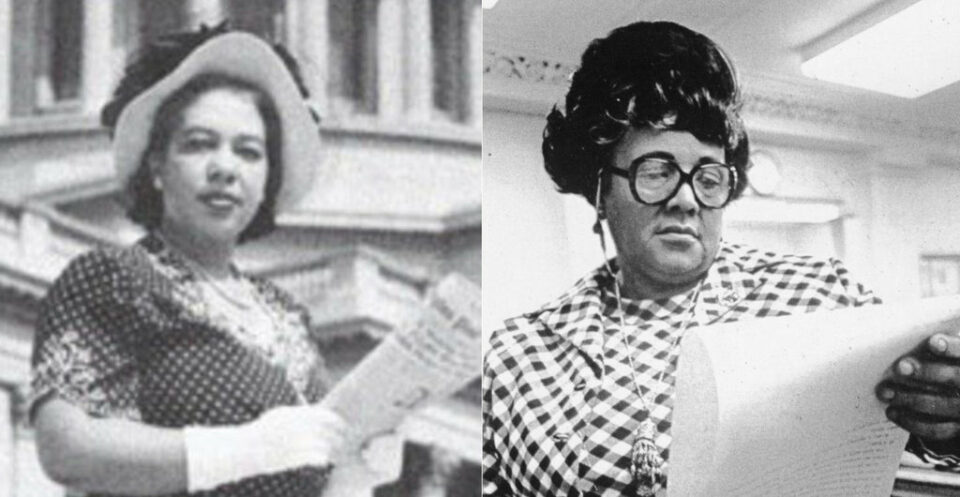 Two trailblazing Black women journalists will be posthumously honored for their journalism achievements Saturday by the White House Correspondents’ Association.

Kentucky-born Alice Dunnigan and Ethel Payne of Chicago, both granddaughters of slaves, were the first Black women to be members of the White House press corps in the middle of 20th-century segregation. Their families will receive the inaugural Dunnigan-Payne Prize for Lifetime Career Achievement on their behalf, reported CBS News.

By the time Dunnigan had reached her thirties, she wrote a regular column for a local paper, but felt that she could do more to voice the truth in such a tumultuous time.

“She said the two strikes out against her was that she was Black and that she was female,” her granddaughter, Alicia Dunnigan, told CBS NEWS.

That motivated Dunnigan to pursue a broader platform to report, eventually earning her a job writing for the Associated Negro Press in Washington, D.C. In 1947, she became the first Black woman reporter qualified to cover the White House.

For Payne, the fuel she needed to continue her dream of being a journalist came after she was denied admission to law school because of her skin color. In 1951, she became a Washington reporter for the Chicago Defender, a leading Black newspaper in the nation.

Payne came to be known as the First Lady of the Black Press and made her mark in history by asking the hard questions. She and Dunnigan would regularly attend press conferences held by President Dwight Eisenhower; that never stopped her from challenging the president with questions that made headlines.

“You couldn’t control your opportunities, so you had to be prepared for whatever opportunity came along. Writing, for her, was a natural, something she liked to do,” said Payne’s nephew, James Johnson Jr.

“I have great love and feeling for how she inspired us as the next generation,” Johnson said of his aunt.