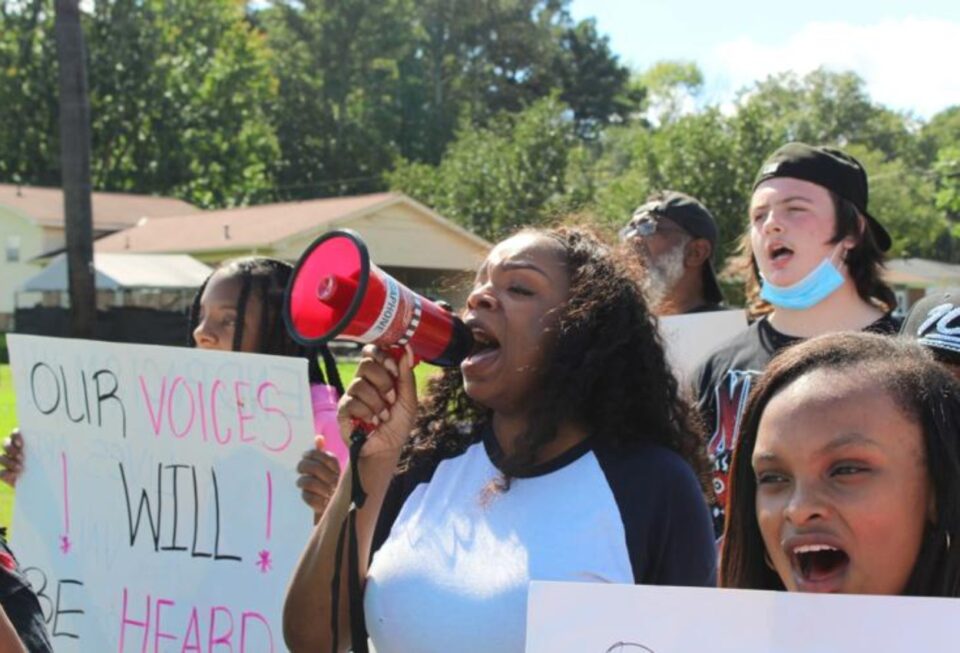 Five Black students and their families in Georgia have filed a federal lawsuit against against Floyd County Schools, claiming ongoing racial discrimination, failure to taking disciplinary action against racially motivated incidents, and persistent violations of their First Amendment rights.

The Rome-News Tribune reported that students of Coosa High School in Rome, Ga., along with their parents, announced the lawsuit at a press conference outside the federal courthouse Tuesday afternoon. The complaint intends to address the school’s slew of patterns that allowed racist incidents to go unpunished.

“The plaintiffs, who are African-American, challenge Coosa High’s deliberate indifference to acts of racial animosity toward Black students perpetrated by white students and teachers; as well as the school’s viewpoint discrimination in its dress code and the inconsistent administration of disciplinary policies to the detriment of Black students,” the lawsuit says, according to CNN.

Additionally, the suit alleges several incidents, including an re-enactment of George Floyd‘s murder that occurred in the school hallway, a student wearing a Confederate flag belt and calling Black students “slaves,” and a white student telling Black students, “We used to whip you with this,” while holding a whip.

In October 2021 during Spirit Week, four white students had seemingly gone unpunished after waving a Confederate flag around the school and casting racial slurs, BLACK ENTERPRISE previously reported. A group of students organized a protest off campus in response to the school’s allowance of the flag. But the school “forcefully acted to shut the protest down,” the lawsuit claims.

The lawsuit also alleges that the school’s dress code permits the Confederate flag but prohibits the wearing of any and all “Black Lives Matter” apparel or apparel with George Floyd’s face.

The students were subsequently suspended after expressing their concerns with school administration.

“It’s shocking they were disciplined in the first place for planning a peaceful protest of the waving of Confederate flags and racist behavior by other students that didn’t get disciplined. And that can affect them going forward,” said Shannon Liss-Riordan, an attorney for the case, according to the Rome-News Tribune.

Lekisha Turner, whose children are among those suing, said she had complained numerous times to the school about addressing “the blatant racism that they clearly saw.”

“Some of the administrators were right in earshot of it and did nothing about it. My kids felt really, really bad, and as a mother, I felt like there was nothing else I could do with the school,” Turner said.