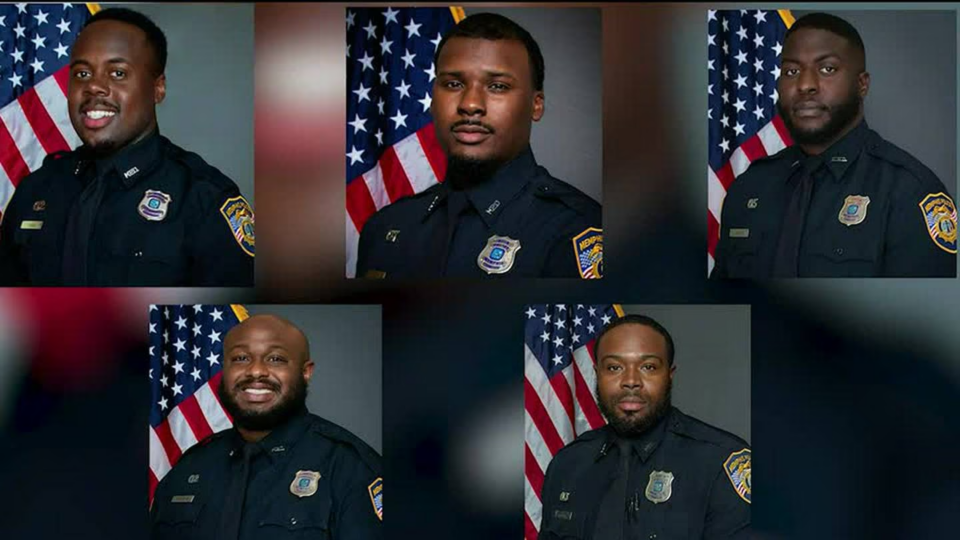 Another hashtag, another life lost at the hands of police officers.

Five officers from the Memphis Police Department have been fired for their involvement in the brutal beating and death of Tyre Nichols. On Jan. 7, officers Tadarrius Bean, Demetrius Haley, Emmitt Martin III, Desmond Mills Jr., and Justin Smith had pulled Nichols over for reckless driving, when things got out of hand. According to a police statement released on Twitter, there was a confrontation, resulting in Nichols taking off on foot. The officers caught up to him and another confrontation ensued, before they took him into custody.

All five officers are Black.

The 29-year-old started complaining of breathing issues. He was taken to the hospital, listed in critical condition, and died three days later.

Left devastated, Nichols’ family has been sharing a graphic image of the victim laying in the hospital, saying he was unrecognizable. Buzzfeed News reported that his face appeared swollen and bruised, with a breathing tube coming out of his bloodied mouth. While MPD hasn’t shared more details regarding the arrest, the family believes Nichols was tased, pepper-sprayed, and beaten severely. “They must’ve pulled him out of the car aggressively and he feared for his life, so he ran,” Nichols’ stepfather Rodney Wells said. “No one should die from a traffic stop.”

Several investigations have been open regarding this incident, including the Tennessee Bureau of Investigations and the Department of Justice. The NAACP made a statement saying the organization “will keep close watch of this matter.” The family is being represented by civil rights attorney Ben Crump and attorney Antonio Romanucci. Both are calling for the release of body camera footage, but are slightly satisfied with the officers being fired. “They must also be held accountable for robbing this man of his life and his son of a father,” Crump and Romanucci said.

After making national headlines, Memphis city officials were open to cooperating with police investigations. Memphis Police Chief Cerelyn “CJ” Davis already made a statement condemning the officers actions, saying they used “excessive use of force, duty to intervene, and duty to render aid.” ABC 24 reported that Memphis mayor Jim Strickland is set to meet with Crump next week.

Friends and loved ones of Nichols were shocked by the news, calling him “nonconfrontational, happy-go-lucky, and a free spirit.” “He was a loving guy and loved to make people laugh,” Kris Volker told a local newspaper. “We got our first tattoos together when we turned 18. He got a wolf on his leg because he felt that it was his spirit animal. He cared more about others than himself.”

He also spoke on the irony of Nichols being a victim, as he was “very vocal about BLM.” “He’s never had to deal with police,” Volker said. “And as a Black man, he knows better than to fight cops. I honestly never thought it would happen to him.”