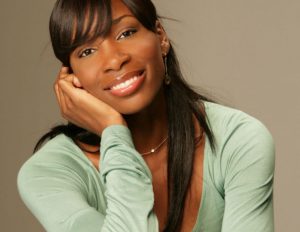 All eyes are on tennis champions Venus and Serena Williams in hopes that there will be a historic sister showdown in the finals of Wimbledon. Venus, who won the Wimbledon championship in 2000, 2001, 2005, 2007, and 2008, made it through to her first Grand Slam semi-final since the 2010 U.S. Open.

But another historic matter has not escaped journalist andÂ ABC sports commentator, LZ Granderson, a senior a writer for ESPN. After the Williams sisters clinched their position in the semi-finals, Granderson was quick to note that a 36-year-old Venus is the most famous face in women’s tennis whoÂ tackles the issue of equal pay in the sport. Beyond gender parity, she is a champion of racial equality.

A Leader In Equal Pay Movement

The seven-time Grand Slam singles title holder has spent years in the sport of tennis rallying for equal pay among both the men and women. Williams, through her collaboration with the Women’s Tennis Association, wrote a 2006 op-ed titled Venus Williams on Equal Pay at Wimbledon,Â which helped getÂ tennis’ biggest tournament to erase the pay gap.

Williams has been vocal about the blaring inequalities in the way men and women are regarded in the professional sports industry for much of her career and most recently at this year’s Wimbledon tournament. During early play match ups, rainy weather conditions forced Wimbledon organizers to schedule a massive number of competitors with a limited number of courts available. She was displeased to learn that she’d been scheduled to play on Court 18; the sixth-largest court at the tournament, which holds 782.Â According to Think Progress, Williams–who has won the Wimbledon women’s singles title five times–hasn’t been scheduled on a court that small at Wimbledon (or anywhere else) since 1999. The two largest courts at the tournament are Centre Court, which holds 15,000, and Court No. 1, which holds about 11,000.

Williams told reporters during a press conference that she wasn’t unhappy to play on Court 18, however, she just wanted equality for men’s and women’s matches. “That’s what I’m unhappy about. I have no problem where I play. I’ll play on the practice courts if I need to. I have no problem with that,” she said. Williams criticized Wimbledon’s scheduling, saying it’s “not the ideal schedule for women.”

“We like to see an equal amount of matches. We don’t want more, just the same amount– that’s all,” she said. “The All England Club has to have a culture where they want to have equality, as well. They need to want to pursue that. I would love to see where we don’t have to talk about this any more in the press conference,â€ she continued.

When asked whether she could imagine a five-time male champion being scheduled on an outside court, VenusÂ reportedly replied with a smile as she said,”I haven’t seen that in the scheduling yet.”