The Five Whitest Industries in America

Owler, a company that provides business insight, released a report that sheds further light on diversity and inclusion in corporate America. The report reveals which industries are embracing diversity and which remain the whitest in the nation.

Over 1.5 million members of Owler’s community weighed in on how diverse they felt the leadership teams were in the companies they work for. The data was composed of 11,700 responses that assessed the leadership team diversity for more than 1,100 organizations.

The businesses with the worst employee perception of diverse leadership are in the following five industries:

The Owler study also reflected the ongoing struggles for diversity within the tech industry. While there were many tech companies on the top 50 “Leadership Team by Diversity” list, as a whole, the tech industry ranked 7th out of 50.

The top industries with the most diverse leadership according to the report are:

Diverse leadership in a company including at the C-suite level and on the board, are found to accelerate diversification throughout the company. African American corporate directors are adamant about the need for diverse representation at the top. Sherwin Williams Co. director Matthew Thornton discussed this very subject in a Black Enterprise article focusing on power in the boardroom.

“I do feel I have a responsibility as a black board member,” says Sherwin-Williams Co. director Matthew Thornton.

“As black board members, when engaging in discussions and decisions on corporate governance and social issues, we have to ask ourselves, ‘Where and how can we make a meaningful difference?'”

“Having a seat at the table gives black board members the visibility and voice that will help companies connect the dots and focus on diversity and inclusion as critical aspects of long-term success.”

But a vocal few feel that with so much on the line, it’s unacceptable for black directors to take anything less than an activist stance.

“It is useless to advocate for diversity in the boardroom if we’re silent when we get there,” says Bruce Gordon, a former Verizon executive who sits on the boards of CBS Corp. and Northrop Grumman, bluntly.

“If you’re at the table and don’t use that seat to advance issues that are relevant to our community, then you’re wasting it and shouldn’t even be in the room. Get out of the seat and let somebody else have it.” 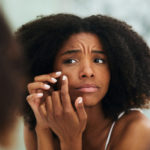