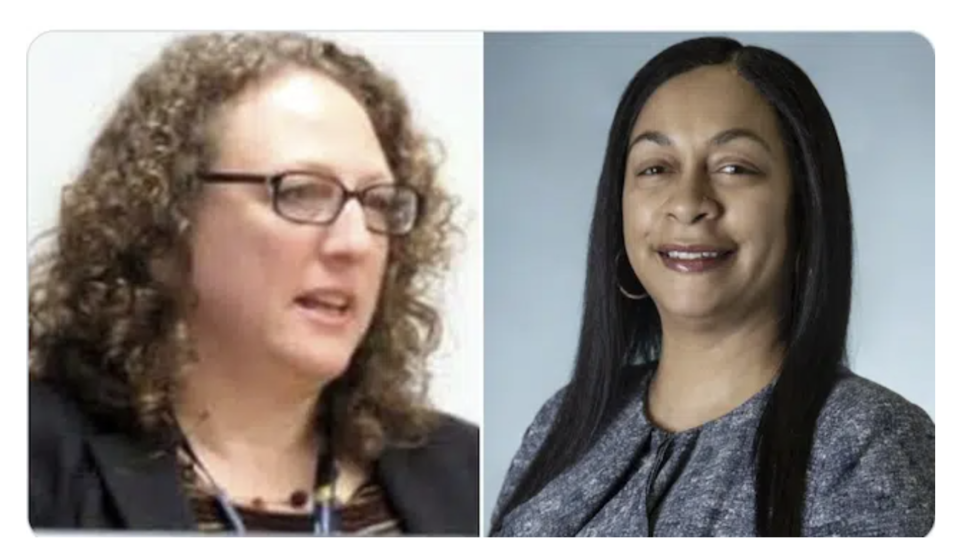 The partner of former Flint Community School Board President Dr. Danielle Green is speaking out after Green was released from her position for reportedly fighting the board treasurer, Laura MacIntyre.

In an almost one-hour Facebook Live video, Arthur Goodson detailed how the fight allegedly began between Green and MacIntyre. According to the passionate activist, Green and the treasurer were discussing money allocated within the Flint community and school closures– when it escalated on March 23. The former president favored using funds to build new schools throughout the district, while MacIntyre shut the notion down. Goodson claimed MacIntyre initiated physical contact first by putting her finger on Green’s nose, prompting the former president to defend herself.

Woodson’s beef over MacIntyre’s alleged behavior was discussed in another video on March 17. He accused her of having racial bias when it came to favoring schools with more white students. Some board members, including Green, appeared to be concerned that other committee members like MacIntyre, Ellis-McNeal and Chris Del Morone didn’t have the interest of the city’s children in mind after millions of federal dollars in pandemic relief were allocated to the town. The three opined that further research needed to be done to pay newly-recruited teachers a bonus to work in the Flint Community School District.

“Watch what I am telling you about Laura. You have to really see this for yourself. She knew about this, plus she wouldn’t even set times for her committee.”

On the same day, he also claimed that the seven-member board has had a vendetta against Green and has been sabotaging her efforts since 2019. Woodson said MacIntyre’ turns down everything that comes in here for our school.”

The activist took it a step further and said the woman’s children do not attend school in the district. They are allegedly students in affluent Fenton’s school district.

About the alleged assault, MacIntyre told an altogether different story from Woodson. According to MLive, the two women had verbal squabbles before but had never come to blows. The board treasurer shared her version of what occurred.

“Danielle stood up and took offense at something in particular that I said and have no idea about and walked around our staff secretary and towered over me and started threatening me with her finger. I stood up to back away, at which point she grabbed my throat and then grabbed my hair and slammed my head into the table and started punching me in the head.”

She continued, “It was not warranted, uncalled for and completely inappropriate. It will not be tolerated, and we are taking action tonight. In the moment, I was shocked and surprised. It had never crossed my mind that anything like this would ever escalate like this.”

On Wednesday, an emergency meeting was held, and board members removed Green from the presidency position. Dr. Joyce Ellis-McNeal has assumed the role of interim president until the next election. The former leader will remain on the committee. Flint residents would need to recall Green to remove her from the board.

MacIntyre claimed she suffered a concussion and two black eyes. Whether the woman had the injuries wasn’t apparent in the video. She also told board members that she no longer felt safe.

“I’m just sad to say that it’s come to this. I am a very secure person, but I do not feel safe.”

MacIntyre said she plans to prosecute Green to the fullest extent of the law. The recent-doctoral graduate was not arrested when the alleged fight occurred.

Green admitted that the altercation wasn’t one of her best moments, and it shouldn’t supersede the positive work she has done in the community.

“This is not one of my highlights of my anything, my life, my career, my position in the community,” she said. “None of this am I proud of. Absolutely not. And this is one incident. Never in my life would I have thought something like this I will be involved in ever, ever.”

“And I can say this, my record speaks for itself.”

Flint Community School District Superintendent Kevelin Jones posted a statement to its Facebook page regarding its commitment to the students and families.

“Please read this March 23 letter from Superintendent Kevelin Jones. We will remain focused on our mission to provide a high-quality education to scholars and act as a key support structure for families. Providing scholars throughout the school community with a learning experience that promotes their academic, social and emotional growth remains our guiding principle.”

Flint has been plagued with racist and greedy leaders whose jobs as civil servants have come secondary to their own self-interests. The children and families of Flint deserve more than substandard schools and board members who don’t value them.