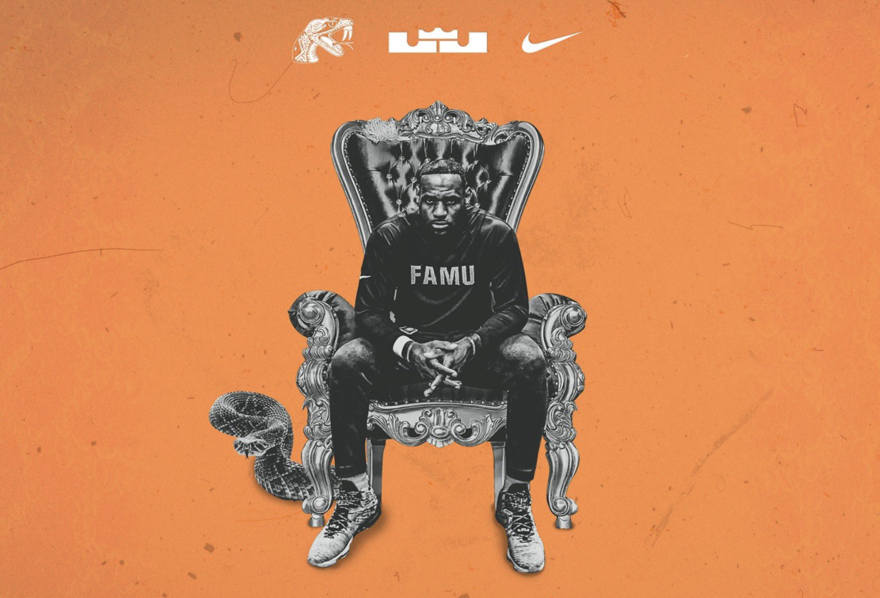 Florida A&M University (FAMU) and Nike, Inc. forged an exciting partnership. According to News Onyx, the mega sports apparel organization will be the official athletic outfitter and equipment provider for the HBCU.

On Thursday, FAMU Athletics announced the deal on Twitter, saying, “@KortneG welcomes @Nike and @KingJames to the #FAMUly.”

The six-year deal will include “official athletic footwear, apparel and equipment.” The agreement goes into effect on July 1, the publication reported. There’s also an option for a two-year extension. Neither FAMU nor Nike has divulged the details of the payout.

According to News Onyx, FAMU’s Vice President and Director of Athletics Kortne Gosha spoke about the partnership between the No.1 public HBCU and Nike.

“FAMU is an elite institution with a rich tradition of first, and our student-athletes deserve a student-athlete experience that is second to none,” he said. “As we transition into a new athletic conference and the opportunity to engage apparel partners, the 23-year relationship with Nike and their commitment to culture, diversity, inclusion and innovation has never been clearer.”

“My executive team and I are focused on setting a new standard, and our top priority is to align with the best quality and most innovative products, brands and resources that position our student-athletes and coaches to compete for championships,” Gosha expressed.

The game-changing partnership serves as an example for other HBCUs to form lucrative alliances with major corporations.

“This partnership allowed us to reimagine, challenge the norms of our industry and be the model for leveling the playing field with the most significant investment in the American Jewels known as Historically Black Colleges and Universities by any footwear and apparel company,” he concluded.

The prestigious university, which has 14 sports programs and a notable marching band– The Marching 100, will wear Nike apparel– on and off the field.

The HBCU’s sports teams will also wear LeBron James uniforms, including sneakers and apparel with a custom-made design for FAMU.

According to News Onyx, Nike’s Vice President of League Partnerships for North America, Sonja Henning, is excited about the upcoming partnership with the HBCU.

“Florida A&M has a rich tradition of excellence on the court and field, which not only includes athletic success but equally important is academics, preparation for future careers and community engagement,” she said.

“Through our continued relationship with Florida A&M Athletics, we’ll have the opportunity to partner with some of the country’s preeminent student-athletes and the next generation of leaders.”