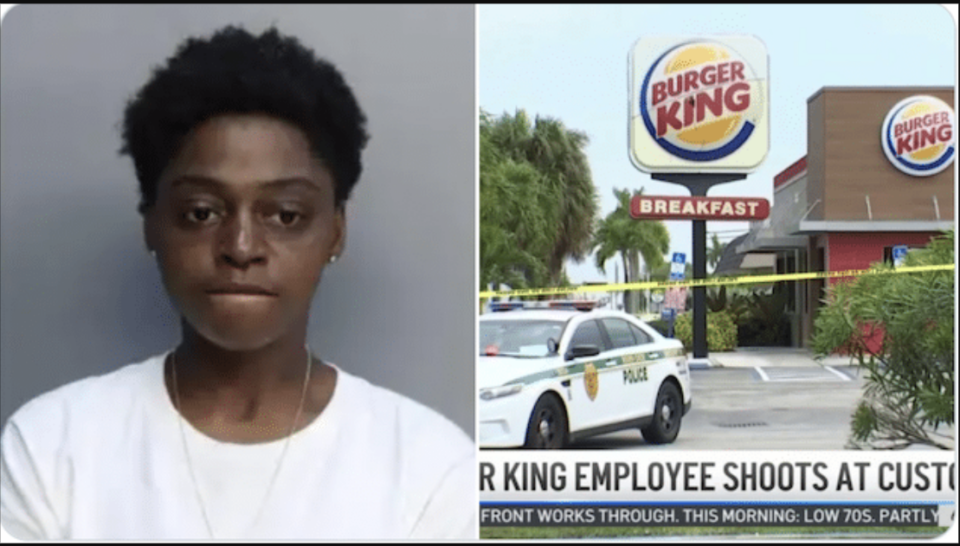 A Florida Burger King employee has been taken into custody after Miami-Dade police said she opened fire on a customer Thursday.

As reported by NBC Miami, the incident took place at the fast-food restaurant at 4727 Northwest 167th Street in northwest Miami-Dade.

Shateasha Monique Hicks, 30, faces charges for discharging a firearm in public. On Friday, she was being held on a $1,000 bond, according to Miami-Dade jail records.

An arrest report reveals the testimony of a witness, who told officials he saw the shooting from inside the restaurant. He also recalled Hicks getting into a verbal dispute with a customer in a car at the drive-thru window.

A relative of Hicks’ told the news outlet that the customer threw mayonnaise in her face.

The witness continued to report that the customer then drove off and parked in the parking lot. Hicks left the restaurant, went to her car and grabbed a gun, then fired five shots toward the person’s car as they drove away.

“She started jumping up and down, ran outside, and started shooting at him,” a witness named Kevin told WSVN. “He took off after that and then she got in her car and followed him.”

After Hicks fled the scene, police discovered the car was abandoned and eventually tracked it down. They recovered a gun on the floorboard, as well as five bullet casings in the Burger King parking lot.

To date, the customer was not found and his condition is unknown.

“We are horrified to learn of the events that unfolded at this location. This unacceptable behavior does not align with our brand values of safety and security. Our franchisee is cooperating with local authorities. As this remains an ongoing investigation, we aren’t able to share additional details at this time.”