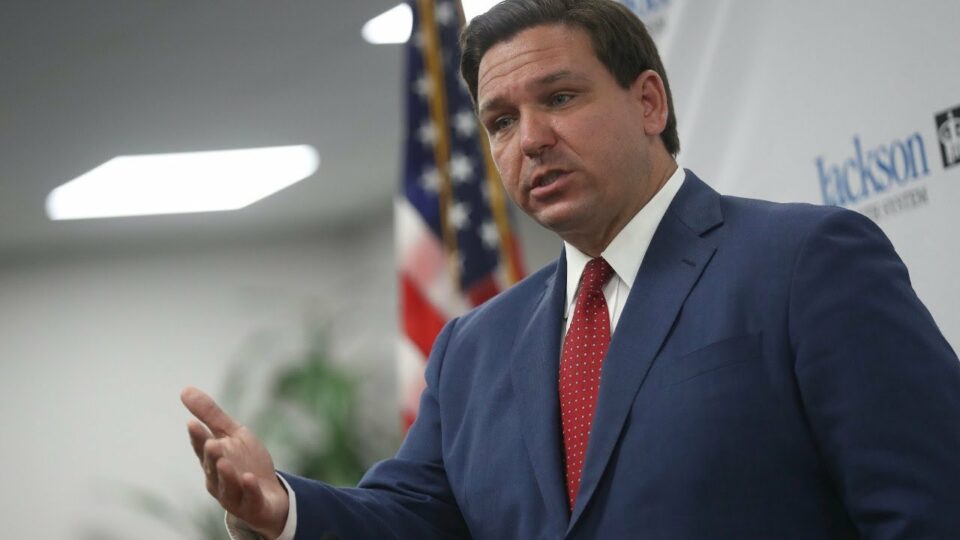 DeSantis is asking state lawmakers to set aside $5.7 million to create the Office of Election Crimes and Security. The governor also wants to give his office special and overwhelming power to look into voting irregularities, despite the fact elections experts widely consider the state to have some of the best-run elections in the United States.

If the proposal is approved, a 52-member team, including 20 sworn officers, will “investigate, detect, apprehend, and arrest anyone for an alleged violation” of election laws.

According to The Guardian, a central office would be based in Tallahassee and 45 investigators would be spread across the state. That would give the Office of Election Crimes a larger staff than some law enforcement agencies in the state have to investigate murders, according to the Tampa Bay Times.

The proposal has voting rights advocates, election officials and Democrats worried that it could lead to voter intimidation and potentially suppression. Additionally, CNN reported that voting rights advocates believe establishing an office that will answer to the governor with powers to investigate election crimes is unprecedented at the state level.

Wendy Weiser, vice president of democracy at the Brennan Center for Justice, told CNN the proposal is another attempt to increase doubt in elections. Weiser added the proposal is unusual because “in the American system, we separate law enforcement functions from political functions.”

DeSantis announced the proposal late last year as allies of former President Donald Trump pushed for state Republicans to probe for election fraud, despite the fact that Trump won the state by a 51-47 % margin.

Many that are against the proposal point out that state law enforcement agencies, election officials, and local prosecutors already carry power to investigate election fraud in Florida. The Office of Election Crimes and Security would report to the Department of State, which is overseen by DeSantis and is ran by Secretary of State Laurel Lee, a DeSantis appointee.

Texas Attorney General and Republican Ken Paxton has a unit dedicated to investigating election crimes with a $2.2 million budget, but the unit has turned up little to nothing.

DeSantis has come up with other questionable ideas during his tenure, including offering anti-vax police officers $5,000 to work in Florida. According to WebMD, more police have died from COVID since the pandemic began than any other factor, including gunfire.