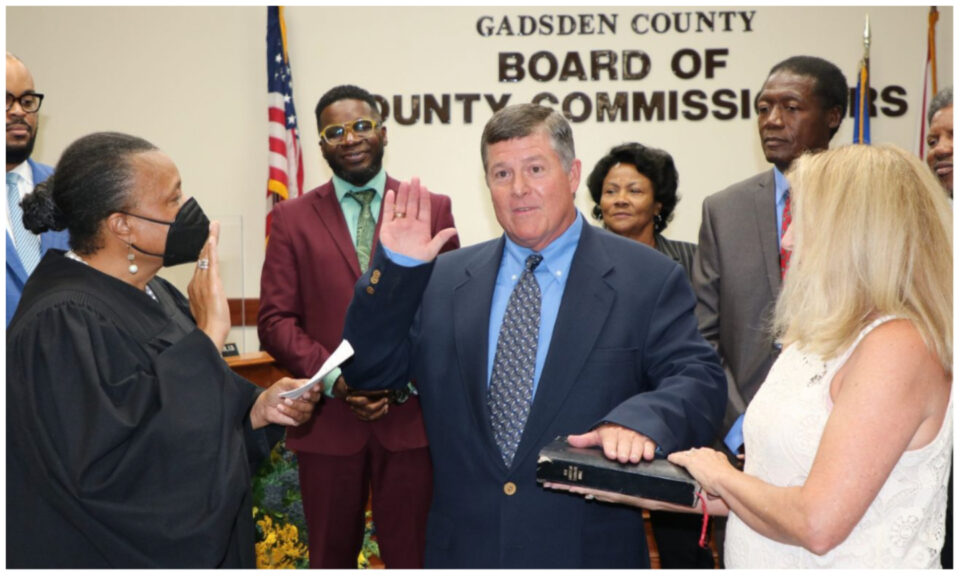 A Florida government official has resigned after photographs of him wearing a Ku Klux Klan uniform were revealed, according to a report from the Tallahassee Democrat.

Former Department of Revenue employee Jeffery Moore from Havanah was sworn in on August 3 as a member of Gadsden County’s board of county commissioners but resigned in September.

Moore was appointed by the state’s racist governor, Gov. Ron DeSantis, in the state’s only predominantly Black county and quit on Sept. 23, just days prior to the picture going viral for “personal reasons.”

“Please accept this notification of my resignation, effective this date of Sept. 23, 2022, from the Gadsden County Board of County Commissioners,” wrote Moore. “Thank you for the opportunity to have served in the position, however for personal reasons I am no longer able to continue.”

Attorney Ron Filipkowski shared the picture on Twitter on Sept. 27 with a caption.

“Jeffery Moore, appointed by Desantis as County Commissioner in July to the only predominantly black county in FL, has resigned after photos surfaced showing him in a Klan outfit.

Jeffery Moore, appointed by Desantis as County Commissioner in July to the only predominantly black county in FL, has resigned after photos surfaced showing him in a Klan outfit. pic.twitter.com/lHdjncihzZ

Gadsden County Sheriff Morris Young confirmed that Moore was the person in the picture wearing a Ku Klux Klan costume at what appeared to be a Halloween party.

“He never denied at all. Refuted nothing when I showed him the pictures,” Young told Politico. “I thought he needed to resign, and I told him that…That was the first time I had seen them or started having to deal with it. He told me it was a costume.”

The Governor’s Office also confirmed Moore’s resignation on Sept. 26 but claimed they did not know why Moore resigned from his post, according to a statement by DeSantis’ communications director, Taryn Fenske. “We are in the middle of hurricane prep,” wrote Fenske. “I’m not aware of the photo you sent but Jeff did submit his resignation last week.”