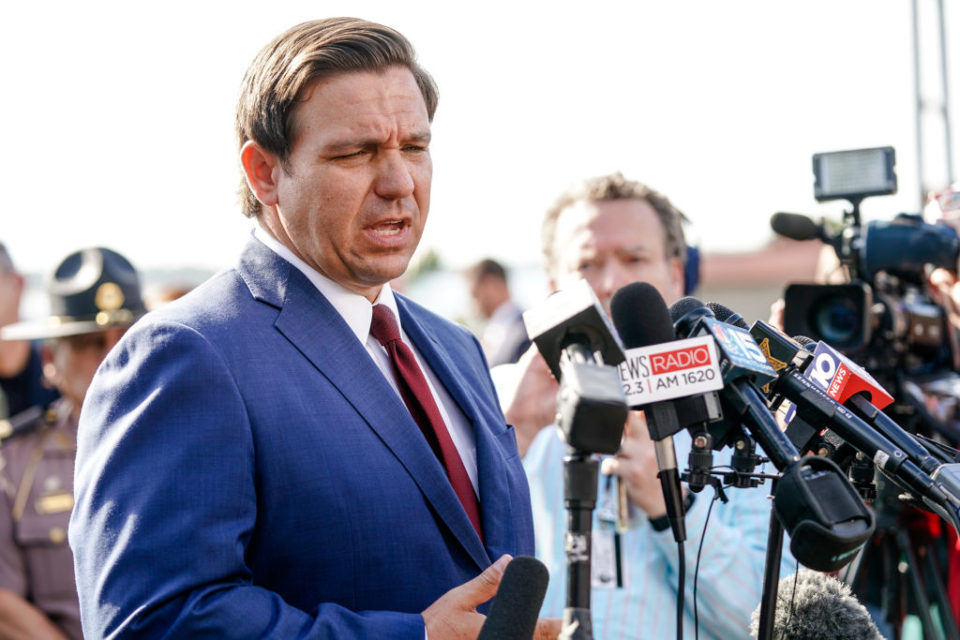 Florida Governor Ron DeSantis signed one of the country’s most restrictive voting bills into law Thursday.

The bill, SB 90, implements restrictions on drop boxes, voting by mail, ID requirements and bans mailing voters unsolicited ballots. Voters in the state will now have to apply for mail in ballots more frequently. The bill also states voters can only help two non-relatives deliver their ballots per election, putting a halt to large scale mail in ballot drives.

According to CNN, a group including the League of Women Voters in Florida and the Black Lives Matter fund filed a lawsuit against the bill minutes after DeSantis signed it. A separate suit has been filed by Common Cause, Florida’s NAACP, and a disability rights group.

The bills are a part of a Republican effort to change election rules and laws after the GOP lost states it won in 2016 including Georgia, Pennsylvania, and Michigan.

Gov. DeSantis also only gave Fox News access to him signing the bill. The governor has a friendly relationship with Fox as he is a frequent guest on its shows.

In about an hour, behind this door at meeting facility at Airport Hilton in West Palm Beach, @GovRonDeSantis will sign law making it harder for some people to vote. No Florida reporters allowed in because he’s given an exclusive to cable channel Fox News for the bill signing. pic.twitter.com/s9dbb2BdiT

More than 100 voting restriction bills have been introduced in 48 states, bringing more instability and threats to the belief of democracy in the United States. The bills have led to a group of more than 100 large organizations discussing withholding political donations and investments due to the bills.

Additionally hundreds of Black business and financial executives have joined forces, taking out ads in the Washington Post and New York Times.