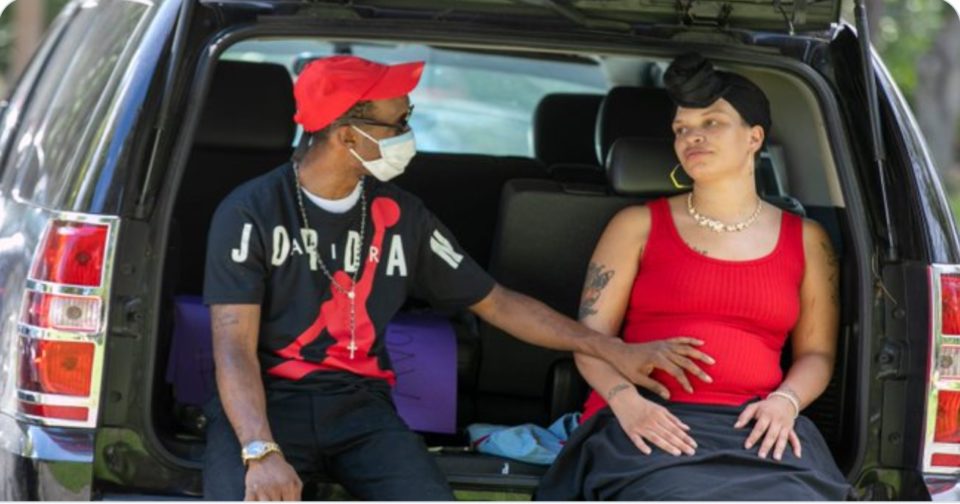 A Florida mother has been left heartbroken after losing her newborn daughter that she was forced to deliver inside of a jail cell.

Erica Thompson, 25, was in custody at the Alachua County Jail in Gainesville when she went into labor, My CBS 4 reports. Thompson says she told the nurse that she was having contractions but claimed she was ignored.

“When I said that, I felt like all bets were off, everybody needs to be coming in here trying to check on me and see what’s going on. I’ve had kids before, so I know exactly how it feels. I’m about to have my baby, I’m not just talking.”

Thompson had been arrested for two active warrant charges of a felony violation of probation and failure to appear on a traffic charge, the Alachua County Sheriff’s Office said on Monday, Aug. 9. She says she gave birth to a baby girl at 11 p.m. on Monday while alone inside a jail cell.

“My baby was already laying on my stomach at that point, and she [the nurse] had them clip and cut the umbilical cord and stuff, but there was no medical help,” she said. “I basically held my baby all night, until she died, until she turned blue.”

Thompson detailed how her cries for help went ignored for hours until after her child was born in a Facebook post. She was taken to UF Shands Hospital, where her newborn daughter, Ava, died in her arms.

“There’s video evidence and there’s a lot of documentation and there’s a lot of people involved in this,” Kaley Behl, ACSO policy and accreditation supervisor, said. “I think if people wait for the investigation to play out, where it can release everything and let everyone see what really happened, that you will find that it’s a very different story than it was initially been told.”

Civil rights attorney Benjamin Crump tweeted his support of Thompson, writing, “Erica Thompson gave birth ALONE in an Alachua County Jail cell after staff members ignored her screams for help! By the time EMS arrived, it was too late & unfortunately, her daughter later died at the hospital. This tragedy should have NEVER happened!”

Erica Thompson gave birth ALONE in a Alachua County Jail cell after staff members ignored her screams for help! By the time EMS arrived, it was too late & unfortunately, her daughter later died at the hospital. This tragedy should have NEVER happened! https://t.co/4Ue3CDoN15