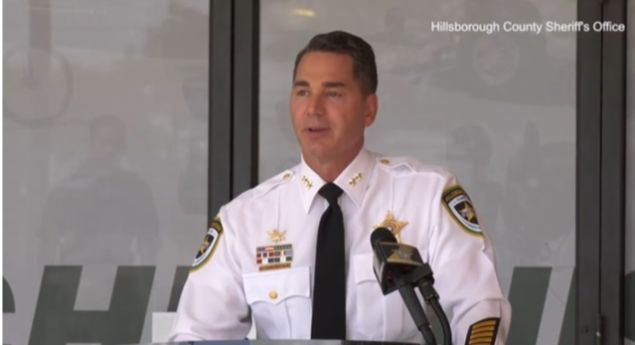 A police officer in Florida has been terminated and charged with assault after he held his weapon to a Black man’s head who was already handcuffed. He then threatened to kill him for not giving the officer his name, according to The Root.

Sgt. Janak Amin, of the Hillsborough County Sheriff’s Office, was fired on Friday and charged with aggravated assault with a deadly weapon after he threatened the life of a man who was already in police custody. It was reported that he was quickly terminated due to being reported by his fellow officers after the incident.

Officer.com reported that Amin pointed his gun at the unidentified Black man who had left a mental health facility, DACCO Behavioral Health Center after he was mistakenly left there after leaving an HCSO detention center. The man was then taken into custody but refused to give his name to the police officers and during the incident, police said, Amin pulled out his gun and “threatened (the man’s) life.”

“The individual in custody was not armed and made no aggressive actions toward any Hillsborough County Sheriff’s Office deputies,” police stated. Other police officers who were there were able to “de-escalate” the situation and identify the man.

“There is no question, this incident is detestable and not representative of who we are as a law enforcement agency,” Sheriff Chad Chronister said in a written statement.

“The almost 4,000 men and women of the Hillsborough County Sheriff’s Office are so very proud to serve and protect the community. When a member of our team breaks the oath they have taken and the law, it erodes the sacred trust we have with the community that we have worked so. hard to earn. As your Sheriff, I will always fight for and protect victims and peruse lawbreakers, even if it’s one of our own. I want to also commend the deputies who came forward to immediately came forward to report this most egregious act. While I know it was difficult to do so, this is the type of transparency we must have as a law enforcement agency, whose mission is to serve, protect and defend the community while preserving the rights and dignity of all.”