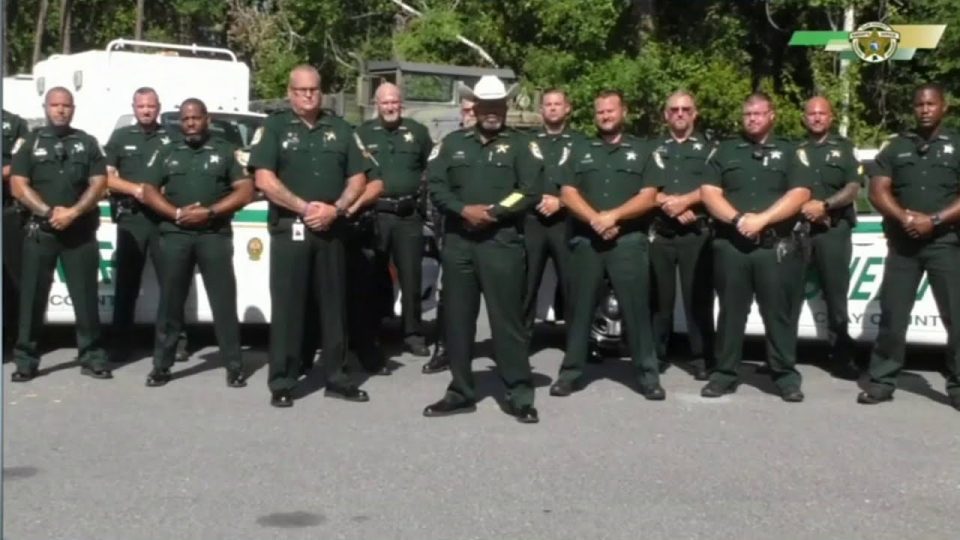 A sheriff in Florida said Wednesday he is ready to deputize gun owners if protests become violent.

Clay County Sheriff Darryl Daniels issued the warning in a video he posted on the Sheriff’s Office YouTube channel Wednesday.

“If we can’t handle you, I’ll exercise the power and authority as the sheriff and I’ll make special deputies of every lawful gun owner in the county,” Daniels said. “I’ll deputize them to this one purpose: to stand in the gap between lawlessness and civility.”

The sheriff did not say whether any protests were planned in the county, which is located in Jacksonville, Florida. Additionally, protests happening across the country have largely been incident-free in the last month.

Last month, a Black female police officer in Fort Lauderdale was caught on camera berating a white officer after he shoved a Black woman protesting on her knees.

In Daniels’ video, he said he would protect peaceful protests, but added if anyone starts “tearing up Clay County, that is not going to be acceptable.”

“The second you step out from up under the protection of the Constitution,” Daniels continued.

According to the Florida Times-Union, Daniels, the county’s first Black sheriff, is currently under investigation by the Florida Department of Law Enforcement (FDLE) due to an alleged affair Daniels had with a fellow officer when he worked at the Jacksonville Sheriff’s Office and a subsequent false arrest of that officer.

The protests were sparked by the death of George Floyd, who was killed when Minneapolis police officer Derek Chauvin kneeled on his neck for more than 8 minutes.