Florida Teen Awarded Over $4M in Scholarships, 27 Acceptance Letters All While Working on Patent for Invention That Helps the Blind 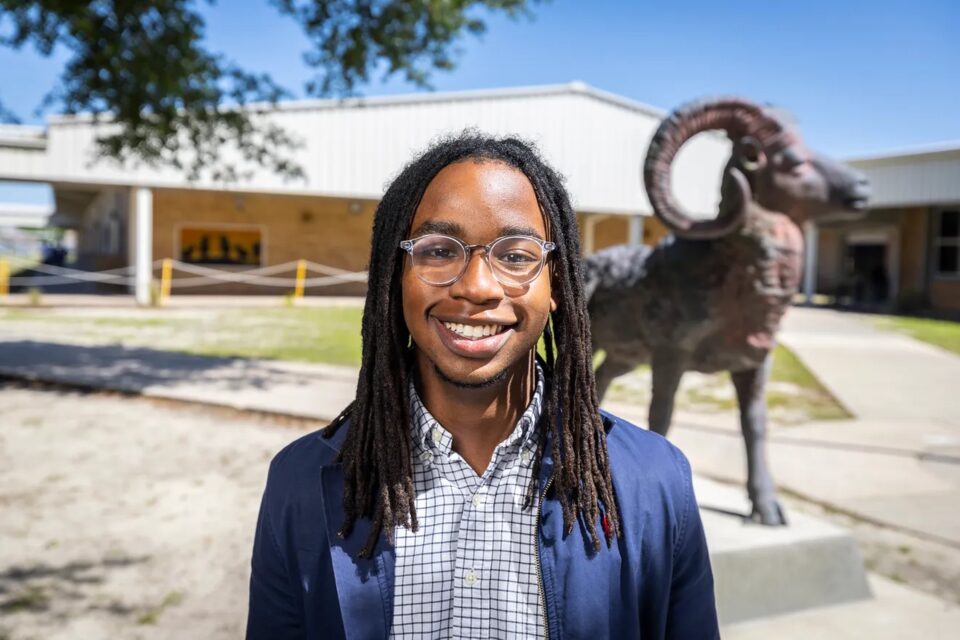 Eighteen-year-old Jonathan Walker of Panama City, Florida, has received acceptance letters to all 27 nationally top-ranked universities he applied to – including MIT, Harvard, and Johns Hopkins – and over $4 million in scholarship offers.

The Rutherford High School senior hopes that he inspires other Black teens to follow their dreams of becoming inventors too, reports the Panama City News Herald.

Walker now faces the difficult choice of deciding to attend Yale, Stanford, or the University of Pennsylvania, among other Ivy Leagues. He has yet to make his decision.

“So, I’ve just really been trying to let it soak in just how much of a blessing it is that I got into all of these colleges,” said the 4.85 GPA-holding football player. “So just like sitting back smelling the roses.”

During his application process, Walker was also busy working on a patent for an invention of a Braille system he and his former classmate Alex Johnson developed. Previous inventions the Florida teen has worked on include an air filter that turns gas emissions into oxygen and most recently, a secure prescription drug management device that won him the 2021 #TICodes Contest, a national competition held by Texas Instruments.

“The way he thinks… I can see him someday being like an Elon Musk or a Steve Jobs or Bill Gates,” said Rutherford Principal Coy Pilson. “His mind makes connections that most folks don’t think about.”

While Walker admits to being inspired by Musk or Jobs or Gates, he wants to create his own path.

“One of the things that also bothers me… when you think of the top tech guys in the industry, there is not many Black people who you think of in that tech entrepreneur sphere,” Walker said. “As a child, me looking up to them, I’m not looking up to people that look like me.”

Growing up, Walker struggled to believe he could make it as an inventor because there weren’t many Black faces in the tech and engineer world.

“I’ve always loved creating devices to help people, so I definitely want to further that,” he said to the local outlet. “I’m looking at majoring in electrical engineering and possibly biomedical engineering to hopefully develop medical technology in order to help disadvantaged communities that have health problems.”