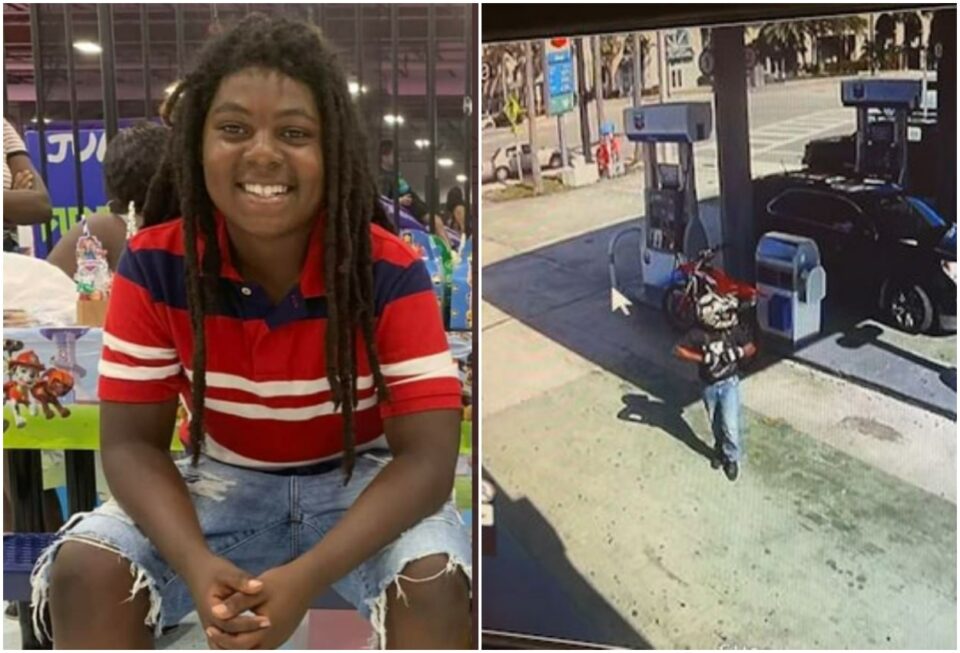 A 13-year old boy died in Florida Sunday after crashing his dirt bike while police were trying to pull him over for driving recklessly.

According to a Florida NBC affiliate, the boy has been identified as Stanley Davis Jr., who gained officers’ attention because he was driving erratically on Boynton Beach Boulevard. Video obtained by NBC shows Davis at a gas station and a police SUV follows him after he exits the station.

Davis lost his life several minutes later when his dirt bike hit a curb, throwing Davis from the bike into a street sign. The teen was pronounced dead at the scene.

“They chased him, chased him. He just panicked because he’s a kid. Chased him right to his damn grave, and figured he’s just another Black boy, ain’t nothing is going to be done,” said his grandmother Tina Hunter, according to CBS Miami.

“That’s the prejudice of the Boynton Beach police that we’ve been having problems for all these damn years.”

Palm Beach County Attorney Michael Pike said the minimum age to ride a dirt bike in the state is 16.

Boynton Beach Police Chief Michael G. Gregory called the accident “devastating and sad” during a Sunday news conference. He added that an internal affairs investigation would be conducted and a separate investigation into the cause and manner of death.

“There’s nothing to make that pain less,” Gregory said according to USA Today. “What we hope to do is do the best we can conducting a thorough investigation to get to the bottom of the facts and circumstances that led to it.”

The officer involved in the attempted traffic stop has been placed on administrative leave pending the outcome of an investigation by the Florida Highway Patrol.