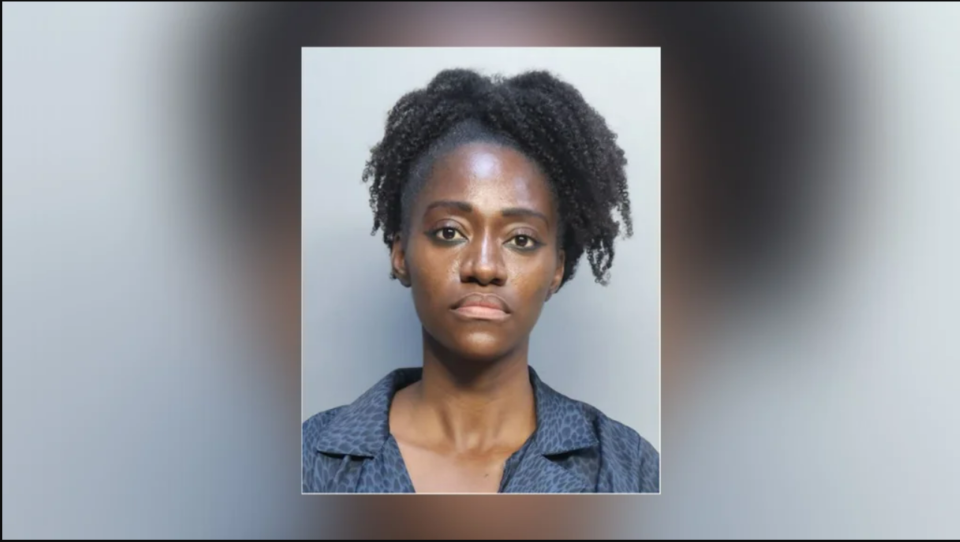 A woman allegedly beat someone else’s child at a Florida City school and according to police, is now being charged with child abuse without causing great bodily harm, educational interference, and trespassing a school safety zone.

The mother of the 13-year-old child lashed with the belt, Zendre Pollard, said her son was being bullied by Sewell’s son and was only to blame for defending himself.

“He called and said someone was bullying him, fat-shaming him, and he picked up the child and dropped the child back down on his feet,” Pollard said.

Sewell was taken into custody Saturday morning after not being found at home or work since the assault, which was caught on video.

“The mom comes in fussing and cussing at my child, and just beating him in his face! His head, his face, his arms,” said Pollard.

She says she is pressing charges against Sewell, whom she personally knew, as her son suffers from seizures and the assault could have potentially been life-threatening.

“My son could have went into a seizure and died. Anything. You’re just hitting him across the head,” she said.

Pollard says her son got a busted lip after the incident.

Per the outlet, Pollard was granted a restraining order against the belt-weidling mom since the Thursday report. She is also demanding answers from school officials as to how Sewell was able to come on campus during school hours, beat her son, and walk out.

“How did this lady get this far, was able to hit my child multiple times, and you saw it wasn’t broken up, she walked out calmly,” Pollard said. “My child wasn’t safe. My son was bullied by her son, and then bullied by the mom.”

According to booking records, Sewell faces a $6,000 bond for the charges.