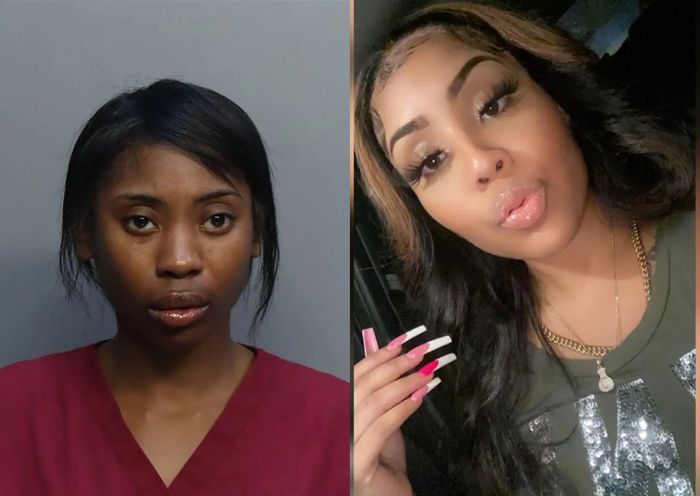 A Florida woman has been charged with murder after fatally shooting her friend in the back of an Uber for “drinking and dancing” too much at the club.

Natalia Harrell, 24, was charged with second-degree murder for shooting and killing Gladys Yvette Borcela, 28, inside a crowded Uber early Saturday morning. Harrell was riding in a 2020 Cadillac Escalade with six other people at 2:15 a.m. when she started arguing with Borcela.

Video from inside the car shows Harrell reaching inside her purse and pulling out a gun before firing at Borcela.

“The argument escalated into a physical altercation, and Harrell can be seen reaching into her purse,” a police report said. “Harrell retrieves a small caliber firearm from her purse and fires a single shot at Borcela.”

The driver immediately pulled over, and six people fled the scene leaving Borcela with the frantic driver.

“The six passengers flee the scene in various directions,” police said. “The four males were later identified, located, and transported to the police station for an interview.

The driver called the police, and upon arriving, they found Borcela with a single gunshot wound to her torso, Miami Herald reports. Borecela was transported to a hospital, where she was declared dead.

It was Harrell, Borcela, another unnamed woman, and four men the Uber driver picked up from The Urban nightclub to take to the Icon Hotel and Residences. But one of the witnesses inside the car says the women first engaged in a physical fight before getting inside the Uber and continuing their argument.

The witnesses say Harrell gave Borcela a verbal warning before shooting her.

Harrell was arrested on Tuesday and is being held without bail at the Turner Guilford Knight Correctional Center. Harrell has pleaded not guilty to the felony charge, Inside Edition reports.