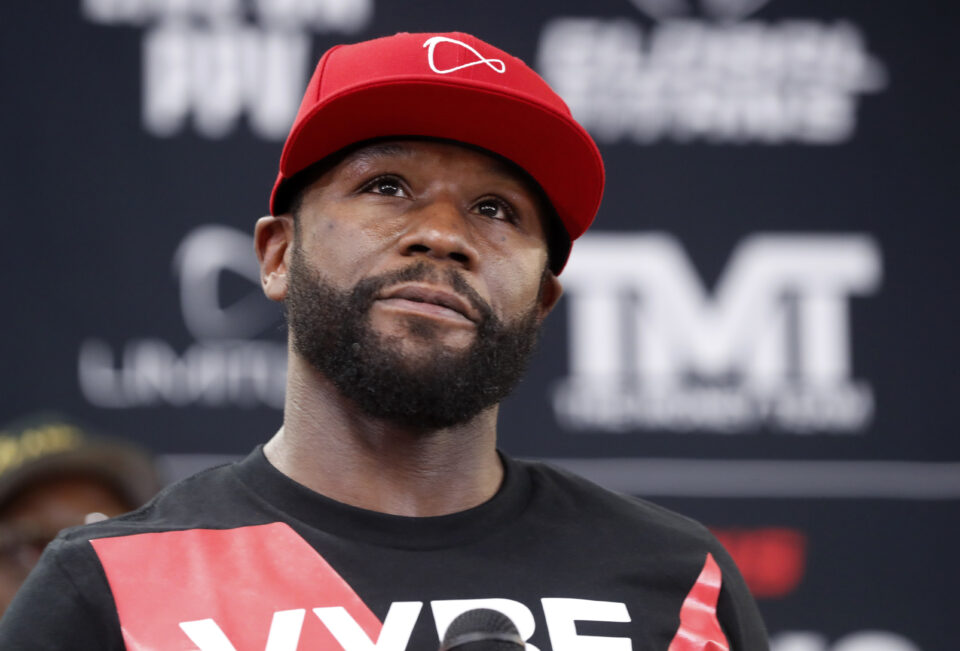 LAS VEGAS, NEVADA - OCTOBER 13: Floyd Mayweather Jr. looks on during a news conference with Deji Olatunji at the Mayweather Boxing Club on October 13, 2022 in Las Vegas, Nevada. Mayweather is scheduled to fight Olatunji in an exhibition match in Dubai on November 13, 2022. (Photo by Steve Marcus/Getty Images)

Floyd “Money” Mayweather was in the spending mood at this year’s Art Basel and dropped over $4 million on high-priced pieces from a trio of renowned artists.

On Wednesday, Mayweather spent $1.7 million on four Andy Warhol pieces, as well as a large sculpture of burned $100 bills and a red Supreme duffel bag filled with money, TMZ reports. The 50-0 boxing champion paid for the pieces up front and took them home to display inside his Miami mansion.

The hefty purchase came one night after Mayweather reportedly spent $3.1 million on a variety of pieces from artists Robert Indiana and Alexander Calder.  After buying the pricey pieces, Mayweather partied the night away with Jas Mathur and The GOAT docuseries collaborators James McNair, Deon Taylor, and Jona Rechnitz.

Mayweather spent millions in under 60 minutes after he arrived at the SCOPE Art Show in Miami and took the art directly off the wall to pay for it. Mayweather shopped with billionaire Robert Smith, who is an investor in his upcoming The GOAT docuseries.

In total, Mayweather purchased about 10 to 12 pieces on Tuesday, and another five pieces the following night. Mayweather likely felt the need to show out in front of all the A-listers in attendance for Art Basel.

Wiliams reportedly spent about an hour reviewing and even taking photos of a clay piece, titled “Adventus.” The artist and music producer even shared photos of the piece on his Instagram Story.

However, in the end, no purchase was made. Not everyone is willing to walk into an art gallery and drop millions like Money Mayweather.