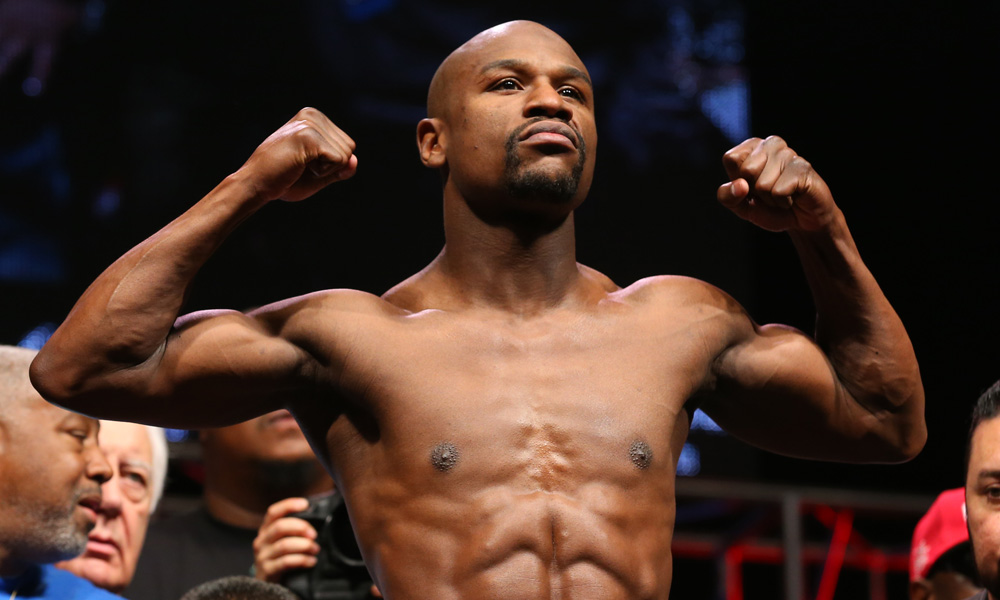 Early this morning, reports confirmed that the currently undefeated, and reigning pound-for-pound best boxer in the world, Floyd Mayweather Jr., had been stripped of his WBO Welterweight title. The WBO claims it was forced to strip him of the title after Mayweather failed to properly vacate his other titles himself, and also never paid the $200,000 sanctioning fee to the WBO for the May 2nd Pacquiao bout – in which he’s believed to have made more than $220 million.

The resolution, which was released Monday, reads -“The WBO world championship committee is allowed no other alternative but to cease to recognize Mr. Floyd Mayweather Jr. as the WBO welterweight champion of the world and vacate his title for failing to comply with our WBO regulations of world championship contests… The WBO has the utmost respect for Floyd Mayweather Jr. and all that he has accomplished during his storied career. Mr. Mayweather has always agreed with and understood that world championships have both privileges and responsibilities and that status as WBO champion is subject to and conditioned on compliance with the WBO rules and regulations.”

During his 19-year career, Mayweather has won 11 world titles in five weight classes, from 130 to 154 pounds. At the time of the WBO’s decision – Mayweather was in possession of the WBA, WBC, and WBO titles, and per ESPN, “it is against sanctioning organization rules for boxers to hold world titles in multiple weight classes. The WBC and WBA had been breaking their own rules by allowing Mayweather to hold their titles…”

“It’s a complete disgrace. Floyd will decide what, if any, actions he will take. But in the meantime, he’s enjoying a couple hundred million he made from his last outing and this has zero impact on anything he does … Floyd Mayweather has a great deal of respect for each and every organization, as he’s always had in his 19-year career, but he will not be dictated to by any organization or person as it relates to his decision-making.”

After winning the May 2nd fight with Pacquiao, Mayweather said during a news conference that he would consider vacating all of his titles: “I don’t know if it will be Monday [May 4] or maybe a couple weeks, [but] I’ll talk to my team and see what we need to do. Other fighters need a chance. Give other fighters a chance. I’m not greedy. I’m a world champion in two different weight classes. It’s time to let other fighters fight for the belt.”

According to an ESPN report, following Mayweather’s statement, the WBO sanctioned a June 27 fight between former title holder Timothy Bradley Jr. and junior welterweight titlist Jessie Vargas for its “vacant” welterweight title. When Mayweather heard, he objected to the WBO in a letter from his lawyer, John Hornewer, on May 20. The WBO then laid out to Mayweather what he needed to do to keep the title, namely pay the fee and vacate the junior middleweight belts. Bradley Jr., who won the fight on June 27  can now be formally awarded the belt following Mayweather’s forced withdrawal.

Regarding an appeal – which can be made within the next 14 days – Ellerbe said on behalf of Mayweather, “We have the best attorney in the game, John Hornewer, and we are fully aware of what our rights are. Floyd will decide what he wants to do.”