Mayweather Says He Wants Pacquiao to Sign to His Company 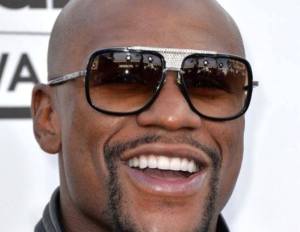 According to reports, Floyd Mayweather has says he will fight Manny PacquiaoÂ onlyÂ if he signs with Mayweather Promotions. Pacquiao is currently signed with Bob Arum’s Top Rank Promotions.

Mayweather and Pacquiao were supposed to have fought as far back as 2009, but it seems that at every turn, Mayweather has avoided signing the contract to make it happen. Mayweather held a media event at his gym in Las Vegas to promote his September 13 fight against Marcos Maidana. Black Sports Online writer Kel Dansby asked Mayweather about a Pacquiao fight actually taking place, and he responded by stating that the only way he’ll agree to a fight with him is if Pacquiao signs with Mayweather Promotions.

Since Pacquiao is signed through 2016, it looks as if this fight may never happen.