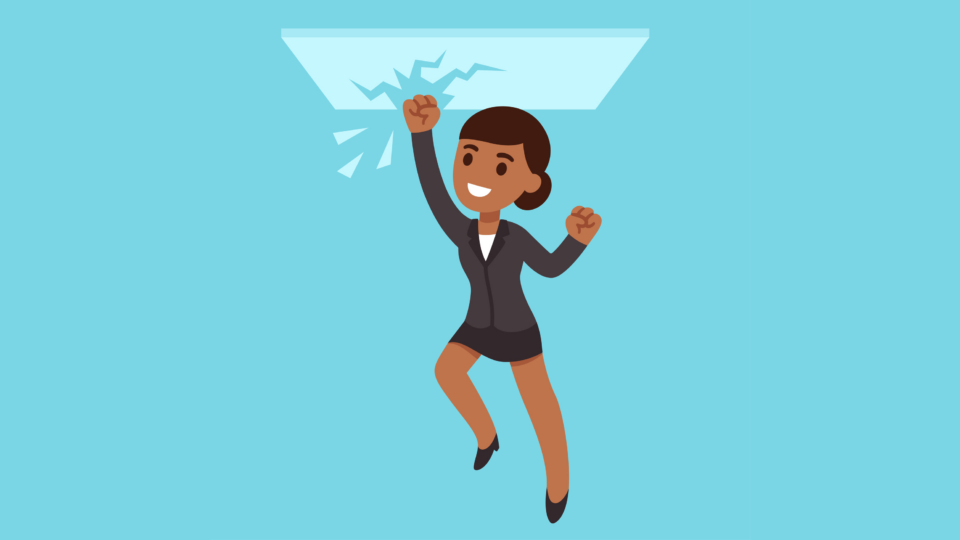 Experts and advocates for women of color say Black women are often hired or promoted to leadership roles at their jobs during times of crisis, which can lead to burnout or failure.

CNN reports the phenomenon is known as the “glass cliff,” which is essentially the opposite of the glass ceiling. Research from Utah State University shows Black women are more likely than White men to be appointed to leadership roles in companies that are struggling, putting them on the glass cliff.

Many Black women found themselves at the edge of the glass cliff in recent years due to an effort by companies and public agencies to diversify their companies and staff as part of the DEI initiatives that sprang up after the resurgence of the Black Lives Matter movement.

Kyra Kyles, who was promoted at her communications job after an abrupt staffing change, knows the experience well.

Kyles told CNN she knew she could handle the promotion and was already performing some of the responsibilities of the position. However, she was hurt by the fact that the company did not consider her for the promotion before it was in trouble. Additionally, Kyles said that as a Black woman, she felt immense pressure to perform the job without error.

“They didn’t expect us to miss a step even though there was a clear staff interruption,” said Kyles, who is now CEO at YR Media. “At that moment I felt more nervous because I thought that as a Black woman if I’m not able to knock this out of the park I don’t want it to be a situation where they don’t give another woman of color a chance.”

Other Black women who were appointed leadership roles only to experience the glass cliff include Dana Canedy, who became the first Black woman to head Simon & Schuster in July 2020 but stepped down earlier this year, and Yogananda Pittman, who was tapped as the acting head of the Capitol Police days after Trump supporters rioted at the Capitol, but retired last month to become the chief of campus police at the University of California, Berkeley.

Jennifer Farmer, the author of First & Only: A Black Woman’s Guide To Thriving At Work and In Life, told CNN that Black women who are appointed to leadership roles may receive their desired salary, but it often comes with a workload that is not sustainable, and a lack of support from the company – leaving them alone at the top.

“Whenever I see a Black woman who has cleared barriers, there is always a story there,” Farmer, who experienced the glass cliff herself, told CNN. “There’s always something that she is navigating, that she is negotiating with. Very rarely is it as good as it seems.”