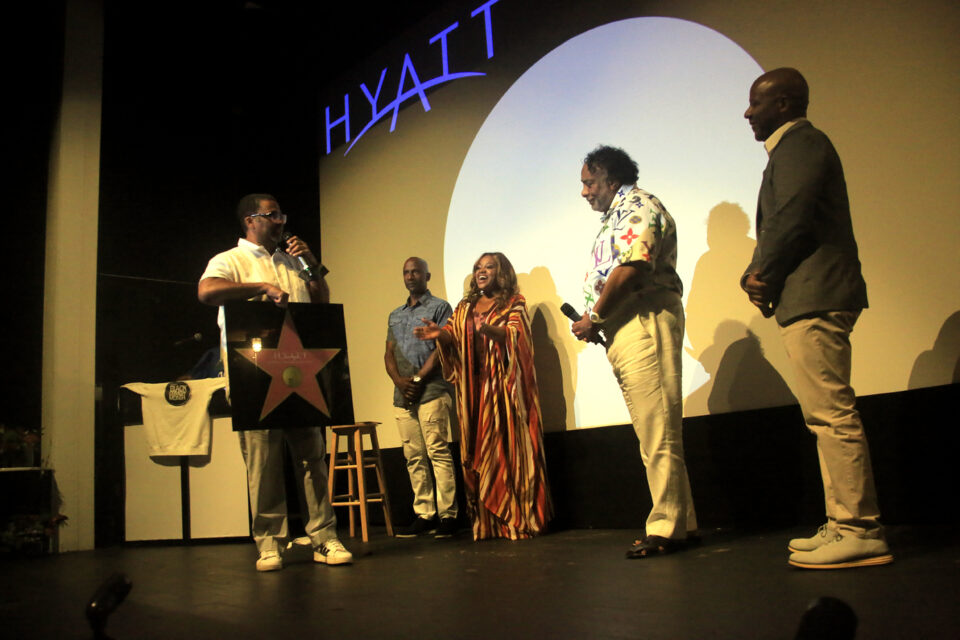 Martha’s Vineyard has always represented the idyllic summer retreat for Black celebrities and the Black business and political elite.

Amid this gathering spot that defines Black wealth and influence, one can find pristine beaches, continuous networking, and side-splitting humor. One of the island’s main attractions over the past 11 years has been the Martha’s Vineyard Comedy Fest—a seasonal event in which some of the nation’s most hilarious comedians have brought the funny to scores of vacationers.

This year’s headliner was none other than Sherri Shepherd, who has entertained audiences for more than 25 years and has recently launched a new daytime talk show. Along with veteran comedians Damon Williams, the event’s perennial host, and James “Talent” Harris, they rocked the house—with laughter. 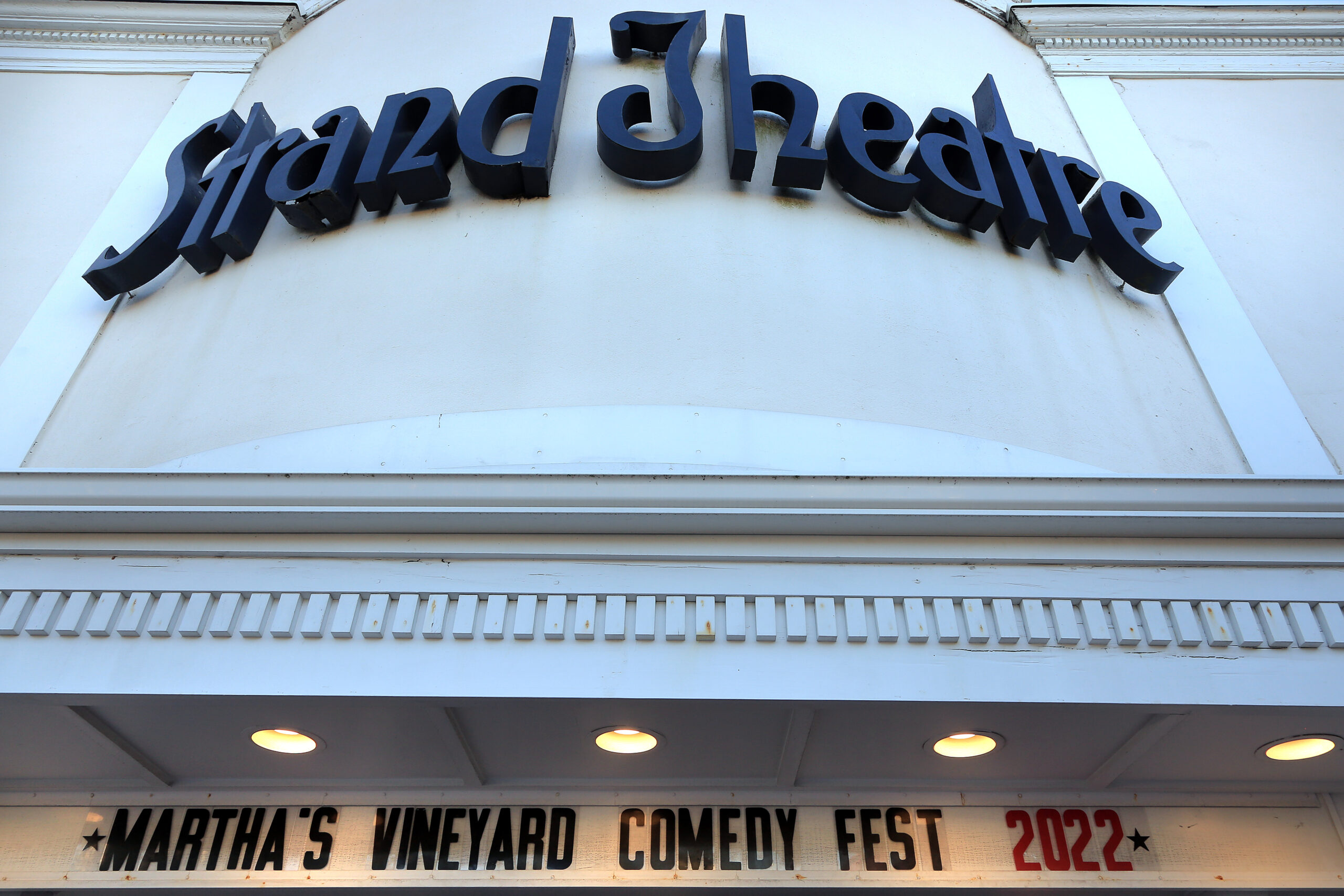 What made the performance on that warm, mid-August evening even more significant was the fact that it was the first time Shepherd graced the stage of the coveted venue–The Strand Theater in Oak Bluffs, Massachusetts—and that the event was presented by long-time comedy producer Steve Capers and Hyatt, one of the world’s largest hospitality brands.

As the first national sponsor of Comedy Fest, Hyatt made clear that its investment in the event and presence in Martha’s Vineyard meant serious business.

“We wanted to meet Black people where they are, and this is Black excellence.”

“To bring them in, and win their hearts and minds, to showcase who we are as an organization, and that they can be a part of this journey.”

The locale served as another valuable touch point to support Hyatt’s ‘Change Starts Here’ initiative. Says Stoudemire: “Many corporations, after the death of George Floyd, either reacted or responded. Hyatt responded with a set of DEI commitments called Change Starts Here, centered on who we employ, develop, and advance, who we support, and who we buy from and work with. And I think it’s very important that when organizations make goals, then they’re accountable. In order to be accountable, they then have to show up and be transparent about what they’re doing…”

Stoudemire maintains that the week Hyatt representatives spent in Martha’s Vineyard—when some of the nation’s most influential Black senior executives, entrepreneurs, political activists, thought leaders, and philanthropists vacation and convene on the island—proved most beneficial as “we amplified organizations that have done business with us for multiple years, and sought out new businesses that we would work with and not wait for them to come to us.”

He says that over the past few months, Hyatt has attended the Black Travel Summit to connect with young, international travelers; met with members of Alpha Kappa Alpha, the nation’s oldest Black Greek sorority, at their national convention in Orlando; and assembled Hyatt colleagues and interns of color in Washington, D.C. to hear from Black general managers at Hyatt hotels and corporate leaders in Hyatt’s offices on their experiences working for an organization in which DEI has been “a part of its DNA” since Hyatt Regency Atlanta—dubbed the “Hotel of Hope”—permitted Southern Christian Leadership Conference and one its planners, civil rights leader Martin Luther King, Jr., to use the venue to deliver an address on racial equality.

Not only did Hyatt make presentations and meet with Black influencers in the relaxed atmosphere on Martha’s Vineyard, but they used Hyatt’s sponsorship of Comedy Fest to further advance Hyatt’s commitment to Black business with one of the island’s most visible enterprises.

Creating a relationship with Comedy Fest

Capers spent decades as an executive involved in programming for such cable channels as Comedy Central and BET before launching Chicago-based Knock-Knock Productions in 2003 to “continue my quest to give out a different brand of comedy that’s more uplifting and elevating.” For several years, he drove his entrepreneurial vision through his handshake agreement with Williams and the creation of vehicles for professional audiences like “Stand Up and Network” and “Funny First Saturdays,” held at luxury hotels throughout the Windy City. As the duo sought to identify the next big thing, Comedy Fest evolved based on a suggestion from Capers’ wife.

“So, we were in the midst of saying, ‘What are we going to do next?’ Let’s open up a club. But then that didn’t fall, getting the liquor license and everything else. It just didn’t happen.”

“While vacationing here with my family, my wife said, ‘You should do comedy here.’”

“And just as a good husband does, I argued with her. I said, ‘No, that’s not going to work. You don’t really know comedy. And I just don’t know.’ And she said, ‘Just try it and see what happens. If it doesn’t work, you did it.’”

So, Capers launched the event in 2011—owing much, he says, to his wife for helping to finance the venture. During the first summer, he was pleasantly surprised that the event came close to breaking even.

He recalls: “I said, ‘We can come back and try it again.’ So, I went old school. I went back to my days in television, that grassroots marketing. I was out at the Inkwell Beach, shaking hands, kissing babies. Just really politicking and telling people that we had this brand of comedy. You need to come and laugh. And now we got people who come to Martha’s Vineyard for the Comedy Fest.”

Now, he asserts that the national sponsorship by Hyatt will take Comedy Fest to the next level and, at the same time, bolster the Black supply chain locally and nationally.

“What’s really bigger than this comedy festival is the support that we get from corporations like Hyatt,” says Capers, citing that the event, which sells out before the beginning of summer, grossed an impressive $500,000 this year.

“What I tell people is that this is an economic snowball. Their contribution to us is intentional. And with my business, we’re intentional with hiring African American entrepreneurs.”

Stoudemire stresses that Comedy Fest is part of Hyatt’s companywide thrust to expand opportunities for diverse suppliers. As part of Change Starts Here, Hyatt is doing more to boost the Black vendor pool, including through efforts such as “Hyatt Loves Local,” in which 100 Hyatt hotels and resorts worldwide provide complimentary resources, space, and more to area companies. In turn, these businesses offer Hyatt guests and locals authentic, grassroots experiences.

He further describes the trip: “We came to the island deliberately and intentionally to actually showcase and honor some of the vendors that certain Hyatt hotels work with. So, we did Red Bay Coffee from out of California. The McBride sisters, who were lost at birth, and separated as young girls, came and met as adults, and some Hyatt hotels offer their wines. And then Duke & Dame Liquors, which has gone on to do business with others because of its relationship with Hyatt. [And] Lor Tush, an African American female-owned business that sells bamboo toilet paper.” Capers says he wants to connect with Lor Tush so the company can serve as a supplier for The Strand, continuing his practice of doing business with other Black-owned firms.

Shepherd applauds Hyatt’s sponsorship of Comedy Fest and its overall DEI initiatives. “The fact that Hyatt came aboard says something really, really important. It says, ‘I believe in you, I believe in what you’re doing, I believe in the vision.’ And when you have that, I mean, you can’t beat it. So the fact that this is the first national sponsor and it’s Hyatt, it has reached out to the audience,” she says, citing that the company also facilitated luxury hotel stays as prizes.

“Everybody loves a giveaway…you get a trip to Maui, you get a hotel stay. And now you’re going to have people supporting Hyatt. They’re supporting the comedy show. It is a win-win situation.”