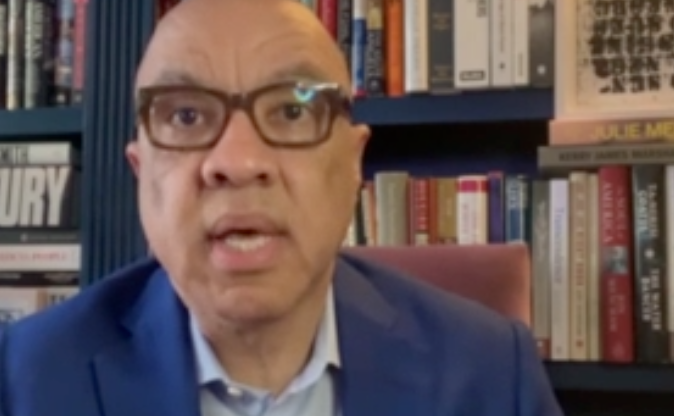 Wells Fargo CEO Charles W. Scharf received backlash after telling several Black employees during a Zoom meeting earlier this summer that the bank had trouble reaching diversity goals because there were not enough qualified minority talent. Two participants in the meeting told Reuters that Scharf made the same comment in a company-wide memo on June 18.

“While it might sound like an excuse, the unfortunate reality is that there is a very limited pool of Black talent to recruit from,” Scharf said in the memo, as reported by Reuters.

Since then, many industry leaders have come together to address issues of diversity and inclusion in major companies. In an interview with CNN Newsroom’s Poppy Harlow, Ford Foundation president Darren Walker spoke out against remarks like these from white executives who overlook Black candidates for these roles.

“It is the work of the next decade for Corporate America and all Americans to help this nation heal from its division, heal from our history, but understand that together we can be a better America,” Walker says in his interview.

He goes on to state how the privilege comes into play when it comes to access to senior roles within these corporations, bypassing the systemic effects of racial inequality that many minorities face climbing up the corporation.

“We have to recognize that privilege, which is basically a status that most white men in this country enjoy, is a barrier. Their own privilege is a barrier to our advancement,” Walker said. “Many White CEOs say things to me, like, ‘I’m a self-made man. I did this all on my own.’ You started with skin color of white in a society that has a legacy of White supremacy. This is what we must talk about.”

This isn’t time Walk has spoked out against companies’ lack of diversity efforts and how corporate America refusing to take on these issues. “I believe if you look at the state of representation across the boards of public companies in America, regrettably you will see tokenism,” said Walker in an interview with Marketplace back in July. “You will see, on a board, typically one African American, one Latinx. It is rare, on a board, to see two or three African Americans out of 15, for example. And so we have work to do.”