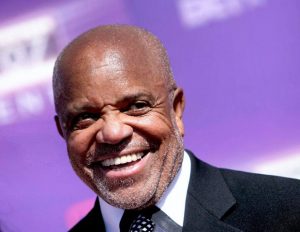 Motown legend Berry Gordy helped create a trailblazing new sound in American music. He formed his musical empire in 1959, overseeing all of its operations from a Detroit house dubbed “Hitsville U.S.A.â€ He reportedly modeled his business, which became a global hit-making factory, after the Ford Motor Co. assembly line. Today, the famous Hitsville U.S.A. house and Studio A, where Motown Records changed the music industry forever, is a landmark and the location of the Motown Museum.

Adding another chapter to the history books of the Motown story, Ford and Ford-UAW announced a $6 million investment as lead donor in a $50 million expansion of Motown Museum. In a press statement, Joe Hinrichs, president, The Americas, Ford Motor Co., commented, “We are thrilled to play a role in the next chapter of a global music icon, who will hold a leadership position as part of the expansion efforts.â€ He added, “The enhanced museum will not only upgrade the visitor experience, it also fits with our commitment to investing in the cultural heritage of Detroit and southeast Michigan.â€

“It is very gratifying to support the expansion of the Motown Museum, and in doing so, we strengthen an institution that has great historical and cultural significance to our region and the world,â€ said Jimmy Settles, vice president, UAW in a statement. “This partnership also allows us to continue our commitment to the Motown Museum’s surrounding community, which is a community that many Detroit natives treasure.â€

A record producer and talented songwriter, the music industry icon also was an innovator who created a business model for entrepreneurs in the entertainment industry. Gordy received an $800 loan from his family’s Ber-Berry Co-operative. The co-op was the brainchild of his eldest sister Esther, and it provided seed money for the establishment of Berry’s first record company, Tamla, in 1959, which became Motown Record Corp. in 1960.

In 1973, Black Enterprise debuted its annual ranking of the nation’s largest black-owned businesses, referred to as the BE 100,Â a compilation of those companies that had grown more than a million dollars annually in sales. For more than a decade, Motown Industries was the sales leader on every BE 100s list, with a sales increase from $40 million to $91.7 million.

“Motown and Ford Motor Co. have wide and deeply connected roots,â€ said Robin R. Terry, chairwoman and CEO, Motown Museum, in a statement. “As two Detroit-born brands, they have had– and continue to have today–a transformative and profound impact on creativity and innovation around the world.â€ Terry added the donation will ensure that the “important musical and cultural legacy is preserved and positioned to inspire the next generation of creative and innovative minds.â€

As part of the Ford and Ford-UAW investment, the expanded Motown Museum will include:

The commitment is part of an additional $10 million Ford Motor Co. and Ford Fund, the company’s philanthropic arm, are contributing to Detroit over the next five years. Ford Motor and Ford Fund are already investing $20 million in local educational and community programs for 2016. Over the last 10 years, Ford and Ford Fund have made community investments totaling $161 million in the region.