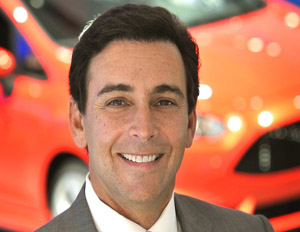 Fields has had a history of leadership at Ford, having served in various roles at the company for 25 years. He started at the company in 1989 and moved up the ranks, holding positions including executive vice president and president of The Americas of Ford Motor Co., head of the North American automobile operations, and executive vice president of Ford Europe and Premier Automotive Group.

Throughout his years at Ford, he’s led solutions efforts through challenges such as keeping the company from bankruptcy during the downturn of the industry as well as handling the aftermath of their Explorer/Firestone recall in 2000.

He now takes the helm as chief executive during a profitable year for the automaker which is expected to earn between $7 billion and $8 billion.

Black Enterprise spoke with Fields about meeting the demands of consumers and the role of diversity and inclusion at the automaker at the 2013 North American International Auto Show in New York. Ford, which realized its greatest revenue growth through its outreach to the 18-to-24 market, emphasized interactive features “so when they bring their smartphone into their car they’re seamlessly connected with the world,â€ Fields told Black Enterprise in an exclusive interview for its April/May 2013 issue. He added that Ford has successfully implemented “a go-to market strategyâ€ by focusing on lifestyle and creating “authenticâ€ experiences through the use of social media. Diversity has also played a major part for the company, as Field indicated that “our DNA as a company is to be very inclusive; we have not lessened our efforts in that area and as the market comes back up, we’re bringing our resources back up as well.â€