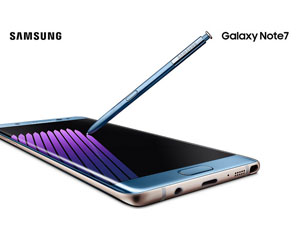 You may already be aware that Samsung is issuing a vast recall of about 2.5 million of its Galaxy Note 7 smartphones.

There have been about 35 known incidents of the Note 7’s battery overheating while charging and then exploding.

Samsung announced a worldwide replacement program, urging customers to replace the faulty phones immediately. Customers can exchange the phones at their place of purchase or contact the Samsung call center.

The Independent reportsÂ that Samsung executives are concerned that many Note 7 owners may ignore the recall.

Therefore, the manufacturer is issuing a software update. The update lowers the battery power level to reduce the risk of overheating.

However, it’s not as foolproof a solution as exchanging the phone altogether. Plus, as one expert told The Independent, installing the update downgrades the power that the Galaxy Note is praised for.

It’s the “equivalent to getting a downgrade of a top-of-the-line phone, said Kim Young Woo, an analyst at SK Securitiesâ€ according to The Independent’s report.

Samsung is also urging customers to make the actual exchange on its blog:

“Our number one priority is the safety of our customers. We are asking users to power down their Galaxy Note7s and exchange them as soon as possible,â€ says DJ Koh, president of Mobile Communications Business, Samsung Electronics.

“We are expediting replacement devices so that they can be provided through the exchange program as conveniently as possible and in compliance with related regulations. We sincerely thank our customers for their understanding and patience.â€

For those with the Galaxy Note 7 it’s important to note:

In general, safety dictates that you should never leave any portable device charging and unattended. Also, always use the actual charger that shipped with the device.