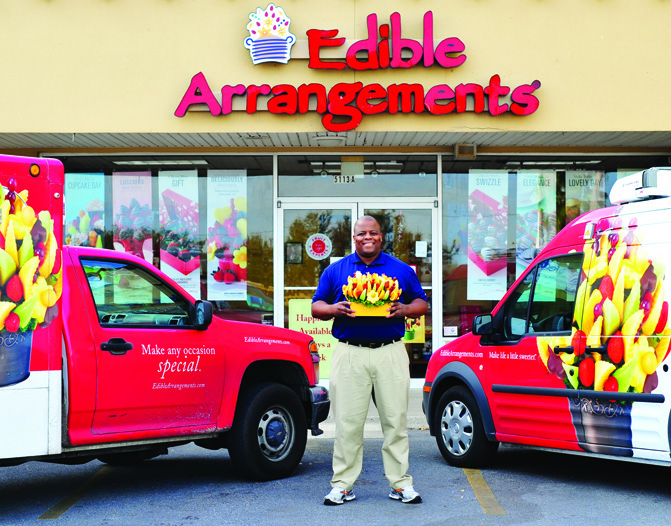 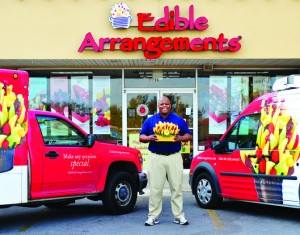 One night while watching the television program The Big Idea with Donny Deutsch, Maurice Welton was intrigued by a segment on Edible Arrangements founders Tariq and Kamran Farid. Edible Arrangements, which has more than 700 owners and 1,000-plus stores, is known for its fresh fruit bouquets hand-sculpted to look like flowers, ranging from $30 to $150.

But it would be a few months before Welton would pursue the franchise concept. After moving to south Texas from New Orleans, he opened his first Edible Arrangements location in McAllen, Texas, in 2007–the franchisor’s first store in that locale.

“I was displaced by Hurricane Katrina and McAllen was where I decided to start over,â€ he explains.

Today, he owns and operates three Edible Arrangements locations. The second and third were opened in 2010 and 2011, with a fourth store slated to open later this year. Despite naysayers who believed fruit on a stick would not sell in a state full of meat eaters, Welton has increased revenues annually to roughly $1.2 million collectively for his stores and he has provided jobs for about 15 people. In fact, Welton was recently named one of the top five small businesses in McAllen by the City of McAllen’s Chamber of Commerce and received the President’s Award from Edible Arrangements CEO Tariq Farid.

“There are a lot of minorities who are like I was and would like to get out of the corporate scenario and go into their own business,â€ says the 42-year-old veteran, who has degrees in culinary arts and food service management and an M.B.A. from the University of Phoenix.

Because it is food-based, Edible Arrangements was an easy choice for Welton, who worked in the food industry for more than a decade. He could also apply the managerial experience gained in the Army to running the business. The disabled veteran served the first four years in the military as a cook and the last two years as a food inspector.

“Edible Arrangements was the perfect blend of still being in the food arena, but not having to cook or run a restaurant,â€ he says.

Welton took advantage of the franchisor’s $10,000 discount off the initial $25,000 franchise fee for veterans. Qualified franchisees must have business acumen, the ability to manage staff and resources to successfully grow multiple locations, and have a net worth of $500,000. Owners also must participate in a comprehensive three-phase training program in all aspects of system operations as well as administrative procedures, sales, and marketing.

Welton’s Edible Arrangements stores have all thrived in spite of the economic downturn.

“During a down economy, you have to pinpoint what works and what doesn’t. In my case, I planned every night what I needed to do the next day. I networked with everyone I could, locally and long distance. The McAllen Chamber of Commerce really gave me a big boost,â€ he adds.

Convincing people to pay the same price point in Texas as in New York was one challenge.

“We had to get people to understand that there was value in paying $50 for an arrangement.â€