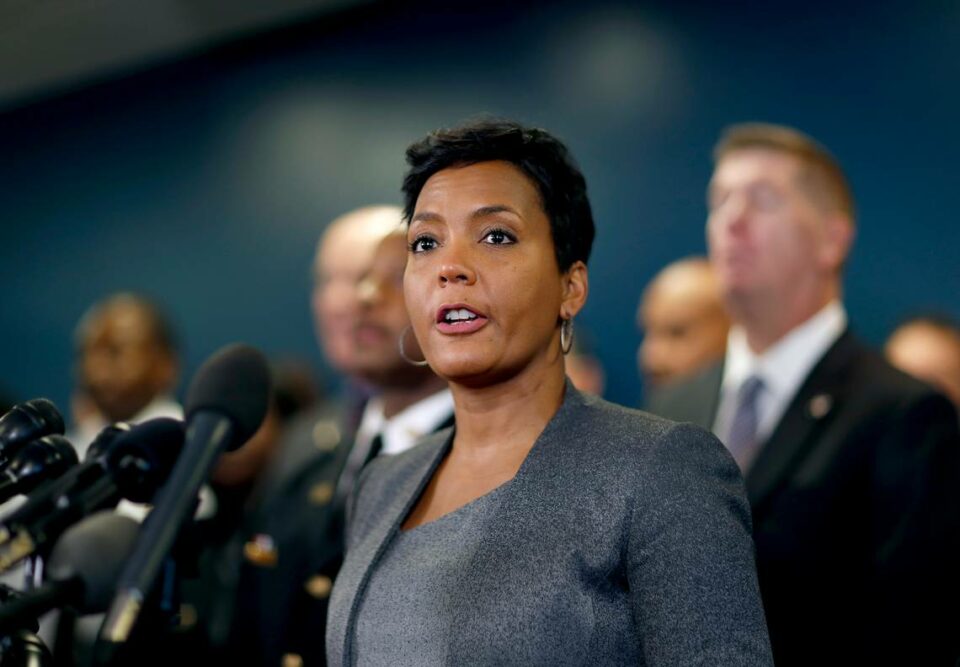 Former Atlanta mayor Keisha Lance Bottoms told MSNBC Sunday that Black men are being targeted with misinformation campaigns ahead of the 2022 midterm elections.

The President Joe Biden advisor appeared on The Sunday Show with Jonathan Capehart, who shared a clip of Georgia Democratic Gubernatorial Candidate Stacey Abrams claiming Black men are being targeted by misinformation campaigns.

Capehart asked Bottoms about misinformation being directed at Black men and whether Abrams “is getting the Black support that she needs in her race against Gov. Brian Kemp.”

“Listen, Jonathan, I think that Stacey is spot-on with that. I listen as my kids watch NBA highlights and whatever else they watch on YouTube, I hear the misinformation being piped in,” Bottoms claimed. “My 12-year-old, my 14-year-old son, my 20-year-old is getting it.

“There is definitely a target towards African-American men, not just to give them misinformation but to make them so discouraged that they won’t show up to vote,” Bottoms added. “And again, I have been a candidate before. I have been in this position before, going into my race as mayor five years ago, I was seven points down in the polls going into the week of the election and I won by more than 800 votes because people showed up to vote.”

The former mayor also blasted Republicans for trying to break the enthusiasm of Black voters heading into the midterms.

Remember the goal is not just to try and get them to vote for Brian Kemp or get people to vote for Herschel Walker; a victory for Republicans can be if African-American voters stay at home.”

According to Abrams, Black men have increased their voter participation since 2018, however, “I do not believe it’s because of a deep well of enthusiasm for my opponent.”

Abrams and Kemp will battle for the governor’s desk for the second time while Sen. Raphael Warnock will try to keep his seat against Walker. Both races are close and Black men will be paramount to both races. In a recent survey by theGrio and KFF, the biggest issues for Black people heading into the midterms are the economy, racism and criminal justice reform.

Black voters were largely credited with Biden winning the 2020 presidential election. Early voting in Georgia has broken records as more than 2.5 million residents have cast an in-person or absentee ballot.