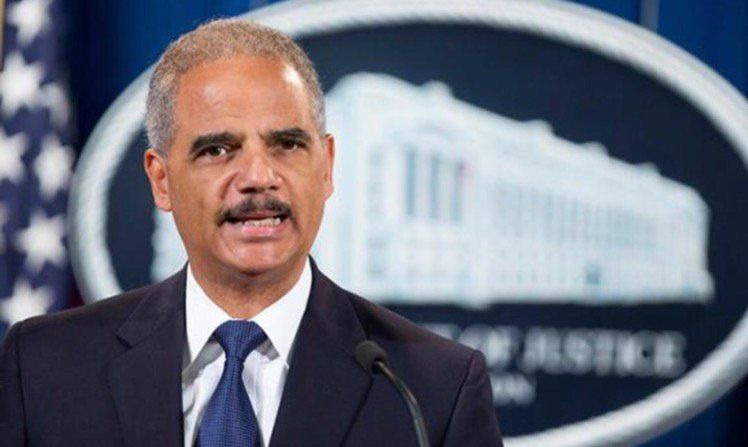 To combat the spread of the coronavirus, in November, many states are encouraging residents to use mail-in ballots to cast their votes in the presidential election. However, President Donald Trump is going out of his way to discourage people from voting by mail despite the fact that he has been utilizing this way of voting for years. Last week, Trump admitted he’s intentionally withholding money from the U.S. Postal Service in order to affect the 2020 election.

According to Slate, over the weekend, law professor and legal analyst Barb McQuade stated that obstructing mail is a federal offense and took to Twitter to voice her concern about who would prosecute.

Obstructing mail is a federal offense, but who is going to prosecute Trump’s Postmaster General DeJoy in Barr’s DOJ? https://t.co/M03aXtoy7Q

In response to her inquiry, former Attorney General Eric Holder replied on Twitter arguing that anyone who “willfully obstructs or retards the passage of the mail” can face fines and imprisonment of up to six months according to the law.

The next, real, Justice Department.

As Holder was once in the position that Barr currently holds, he also posted this.

Whoever knowingly and willfully obstructs or retards the passage of the mail, or any carrier or conveyance carrying the mail, shall be fined under this title or imprisoned not more than six months, or both.

We know why this is happening. They know they can’t win fair elections.

We not only want the destruction to stop-we want machines put back in working order, overtime restored, mailboxes placed back. We want a fully functioning, fully funded Postal Service – now.

Former President Barack Obama also accused Trump of trying to “actively kneecap” the U.S. Postal Service in order to affect mail-in voting ahead of the election.

“What we’ve never seen before is a president say, ‘I’m going to try to actively kneecap the Postal Service to [discourage] voting, and I will be explicit about the reason I’m doing it.’ That’s sort of unheard of,” Obama said in a podcast interview.