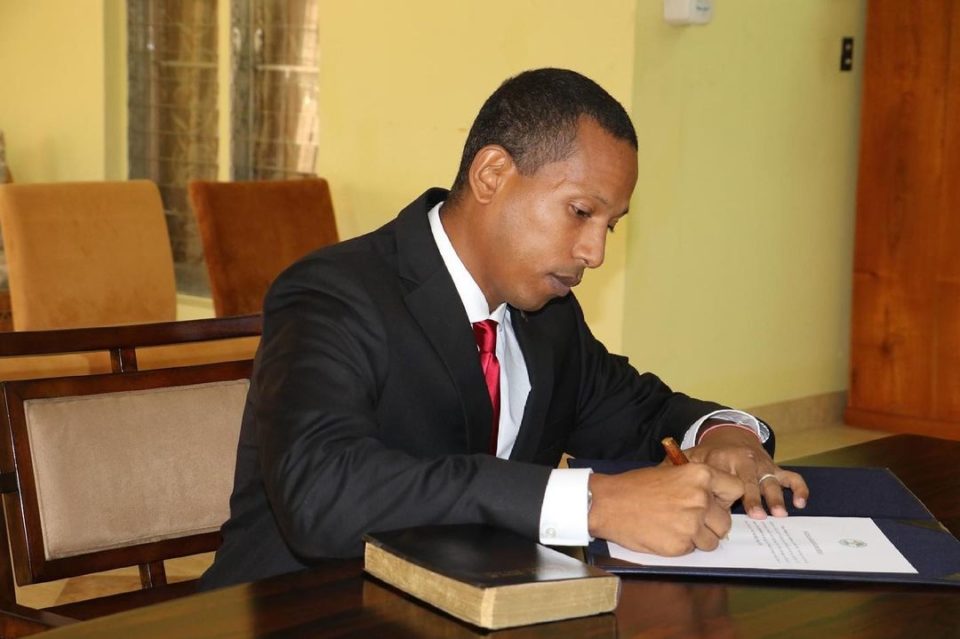 Shyne took to his Instagram to send a message to his country’s constituents after being appointed.

“Officially Sworn in as Leader of the Opposition for Belize!” he wrote.

“Thank Gd for the perseverance and iron will to continue on to this point despite all challenges and difficulties. Thanks to my family, my Mesopotamia Constituents and my Opposition colleagues in the House of Representatives whose trust and confidence in me has [sic] put me in this position to receive this responsibility and privilege of a lifetime to serve as Leader of the Opposition.

“All that I have been through in my 42 years on earth has prepared me for this historic moment in time to be able to shoulder this responsibility, to deliver on this opportunity to build my Nation. I pray for continued wisdom, strength and stamina to serve and lead my Nation. The sanctity of the office I hold lies in its mandate to be a vehicle of betterment and advancement for the masses especially those disenfranchised, overlooked and underprivileged. This moment in history will forever serve as an inspiration to all people from all backgrounds especially the youth, the disadvantaged the impoverished, that there is nothing beyond their reach.”

Shyne is no stranger to politics as his father, Dean Barrow, was elected the prime minister of Belize back in 2008, making him the first Black leader of the country. The elder Barrow also served as deputy prime minister and minister of foreign affairs from 1993 until 1998 and was then leader of the opposition from 1998 until the United Democratic Party (UDP) won the election in February 2008.