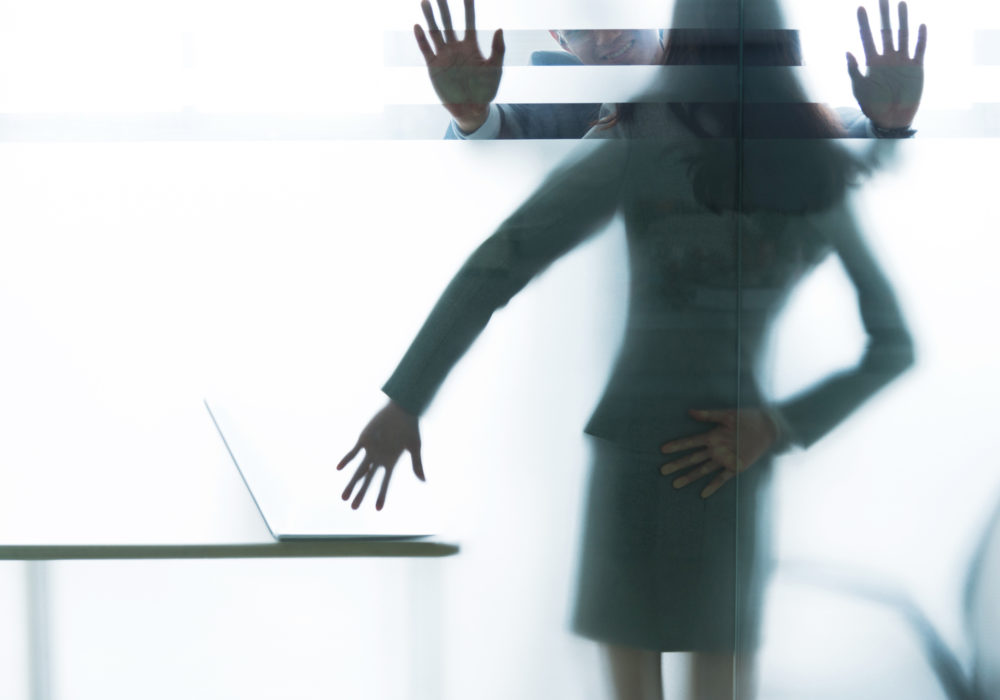 The shadow of sexual harassment in the office (Image: iStock/baona)

A former PNC Bank employee will be receiving $2.4 million in damages from a lawsuit filed against the bank after a customer grabbed her in a sexual manner, according to NJ.com.

The lawsuit, which was filed in 2015, was based on an incident that took place in October 2013 at PNC Bank’s Glen Ridge, New Jersey, branch. Damara Scott, a former wealth manager at the bank, claimed that customer Patrick Pignatello sexually harassed her as she was leaving the branch. There had been several previous complaints lodged against Pignatello for groping other employees; the bank temporarily banned him but kept him as a customer.

“The jury recognized that PNC had failed to provide a safe workplace for Ms. Scott,” Nancy Erika Smith, one of Scott’s attorneys, told NJ.com. “We hope PNC will now take the steps to eliminate harassment throughout the company.”

PNC Bank cited that it plans to appeal the verdict, saying there were “errors made by the court.”

“PNC does not condone harassment of any kind. We have a long-standing history of providing a safe workplace for our employees, and robust policies and procedures to help ensure that we continue to do so. We are disappointed by the verdict, even though the jury expressly found that this was not a case where punitive damages were appropriate,” bank officials said in a statement.

Scott had previously settled a lawsuit against the estate of Pignatello, who died less than two months after the incident of an apparent heart attack while out shoveling snow. She is bound by a non-disclosure agreement where she cannot disclose the terms of the settlement, which was reached last spring, her attorney said. Pignatello was also charged with sexual assault after the 2013 incident.

Scott, who is black, said she sued her employer of 18 years because she is still traumatized by the incident. “I want it to be clear to companies, to businesses, that women matter and women should matter above profit,” Scott told NJ Advance Media on the eve of the trial last month.

“One of the great things about our justice system is that citizens can sit in judgment on powerful corporations and hold them accountable,” said Smith. “Women are tired of employers who tolerate sexual harassment.”