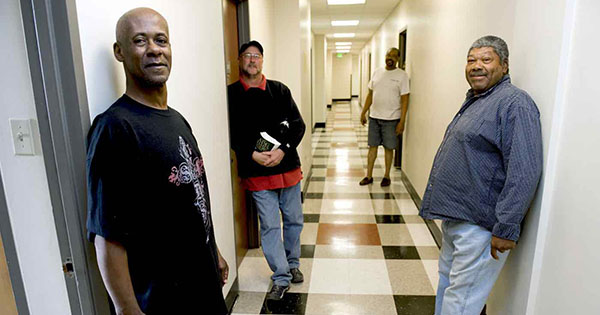 The Colorado Coalition for the Homeless (CCH), a non-profit organization in Denver, Colorado, has purchased a former Quality Inn and Suites and will convert it into affordable housing for homeless people, according to The Gazette.

The CCH paid $8.4 million for the former hotel. Now called Fusion Studios, the building has been newly renovated with 139 mini-apartments. This is the 17th building of its kind that CCH has helped create.

“The project was really born out of desperation,” John Parvensky, who has been in charge of CCH since 1985, told The Gazette. “We were scratching our heads trying to figure out how we can shorten the time period so that the people who are on the streets tonight have a place to call their home as quickly as possible.”

Each of the units in Fusion Studios includes a bed, dresser, desk and chair, and television. The building also has a food pantry for the residents. The coalition already has a contract with the city to have 25 units slated as temporary homes for individuals expected to move on to other permanent housing. Wells Fargo Foundation also provided funds for support services and Denver’s housing department is asking for additional funding from city council to help provide support services for Fusion residents.

The monthly rent at Fusion Studios, is just 30 percent of the potential residents’ income or disability benefits, typically j$100. “This really shows what we can do when we get creative about problem-solving and affordable housing,” Gov. Jared Polis said after touring the facility. He called Fusion Studios an “example of cutting through the red tape … at a teeny fraction of the cost of building something new and a teeny fraction of the time.”

It would normally take two to three years to create a housing unit from start to finish, Parvensky said. Fusion Studios took only six months to renovate. Parvensky said this is the quickest affordable housing option he has been involved with.