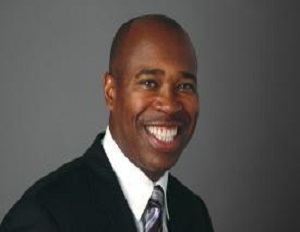 Howard University has appointed Kery D. Davis to the position of athletics director. Davis comes to the Howard University family with an impressive record of career accomplishments, including his most recent post as senior vice president for programming at HBO.

During his 17-year tenure with the company, he helped to negotiate some of the biggest fights in boxing history, including matches that involved Floyd Mayweather, Oscar De La Hoya, Lennox Lewis, Evander Holyfield, Mike Tyson, and more.

“After an extensive national search, Kery emerged as the ideal candidate to spearhead the future of Howard’s Division I athletics program,” Howard University President Wayne A.I. Frederick said in a statement. “As an experienced student-athlete, sports executive, and administrator, Kery comes to Howard with the requisite skills and passion to lead our athletics program. Under Kery’s leadership, I have no doubt that Howard’s student-athletes will continue to flourish at the highest levels on the field and in the classroom.”

While Davis is aware that some might have concerns over the fact that he’s never served as an athletic director before, the 57-year-old makes it clear that he’s well-equipped to get the job done.

“When I took the job at HBO I never had any experience in television,” he tells WUSA9 Sports. “The AD position has turned into a position that requires business skills. I’m not coming here to coach the basketball team. What I am here to do is, provide the necessary resources to the football coach and the basketball coach.”

Davis holds a law degree from Cornell University and a bachelor’s degree in political science from Dartmouth College.