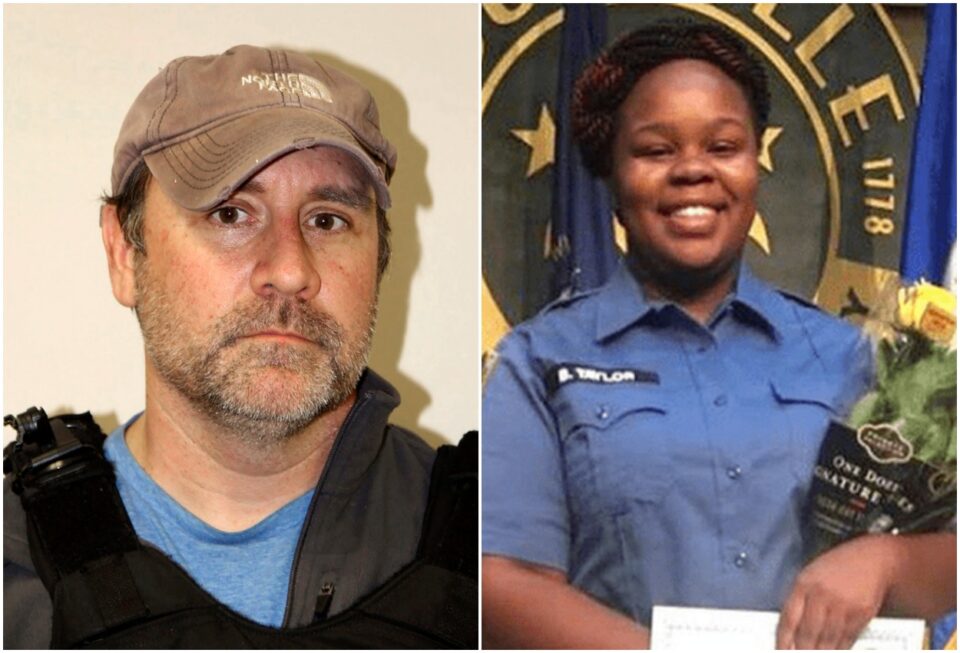 A police officer who was involved in the deadly shooting of an EMT worker back in March 2020 has started the appeal process to become a police officer again after he was fired for shooting the 26-year-old victim.

According to USA Today, the police officer, Myles Cosgrove, was terminated last January for his role in the death of Breonna Taylor in a botched “no-knock” raid in Lousiville, Kentucky.

Cosgrove, who investigators say was the police officer who shot Taylor to death in her apartment  appeared with his attorney before the Louisville Metro Police Merit Board this past Tuesday. He is expected to appear before the board next Wednesday and possibly other sessions in December if warranted.

The board could decide whether to uphold his termination or overturn it and issue a new punishment.

The merit board, which contains a seven-member body made up of civilians and officers, will decide whether the termination of the former police officer on Jan. 5 by then-Chief Yvette Gentry was reasonable. He lost his job for failing to “properly identify a target” when he shot 16 rounds into Taylor’s apartment in the early hours of March 13, 2020. Gentry concluded that the former police officer violated department procedures for use of force and also for failing to use a body camera during the search.

According to WFPL, Assistant County Attorney Brendan Daugherty, who is representing the Louisville Metro Police Department, stated Cosgrove’s behavior on March 13, 2020, violated the police department’s use of force policy.

“The policy explicitly states that the officer must be able to justifiably articulate his or her actions,” he said. “The policy further requires that the person against whom the force is used pose an immediate threat of death or serious physical injury to the officer or another person.”

Daugherty stated that Taylor did not pose an immediate threat as she was unarmed, and died in the hallway of her apartment after being shot multiple times.

Cosgrove’s attorney Scott Miller argued that his return fire was justified because he felt there was an immediate threat to his safety.

“Breonna Taylor’s death was tragic, we all know that,” he said. “Officer Cosgrove did not violate LMPD’s policy; rather, he acted in accordance with policy during a high-stress, rapidly evolving situation in which he was shot at.”

Both sides are expected to call witnesses.