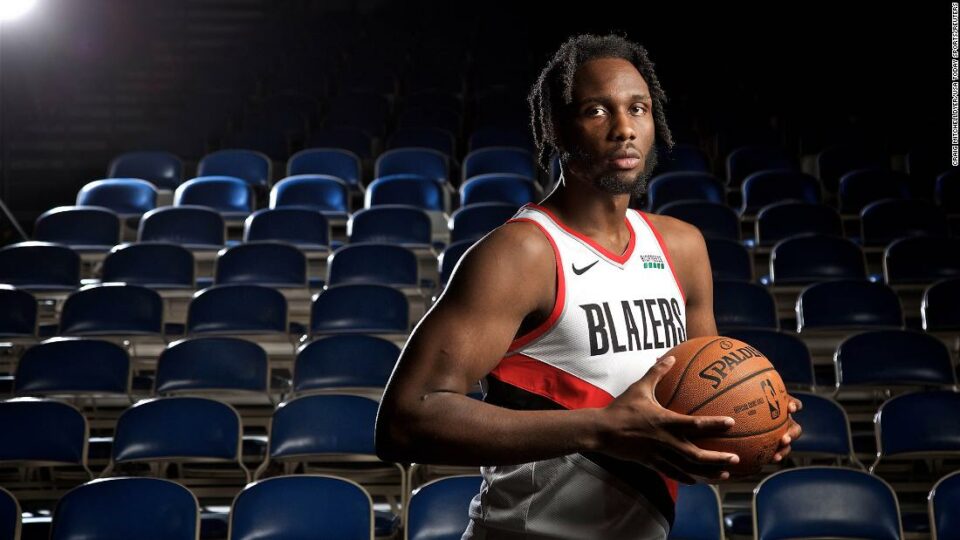 NBC News reports that Swanigan passed away Monday night from natural causes at Lutheran Hospital in Fort Wayne, Indiana. The Allen County Coroner’s office confirmed the cause of death and that a private doctor will handle his death certificate.

“Devastated. Our thoughts and prayers to Caleb Swanigan’s family and friends. The world lost a gentle soul last night. Love you Biggie,” the team wrote.

CNN reports that Swanigan helped Purdue make it to the Sweet 16 of the NCAA men’s basketball championship during his sophomore 2016-17 season. He averaged 18.5 points per game, 12.5 total rebounds, and 3.1 assists per game, earning him a unanimous pick for both Big Ten Player of the Year and the AP All-Big Ten team.

“The Purdue basketball family is deeply saddened and devastated at the loss of Caleb Swanigan,” head coach Matt Painter said in a statement on the team’s website.

“Caleb was a very thoughtful individual and a gentle soul who excelled both on and off the court. He made a huge difference in everyone’s lives that he touched and he will be greatly missed.”

Swanigan played three seasons in the NBA after as a first-round draft pick in 2017 by the Portland Trail Blazers. He also played for the Sacramento Kings. He was a native of Fort Wayne, Indiana, and attended Homestead High School before joining Purdue’s Boilermakers from 2015 to 2017.

ESPN reports that rising from homelessness to the NBA, Swanigan opened up in 2017 about his struggles to control his weight during childhood due to a lack of access to adequate housing and food.

The Trailblazers also released a statement in response to Swanigan’s untimely death.

“We are heartbroken by the passing of former Trail Blazers player Caleb Swanigan. Our thoughts are with Caleb’s family, friends and all who loved him. Rest In Peace, Biggie,” Portland said in a tweet reposted by Carmelo Anthony.