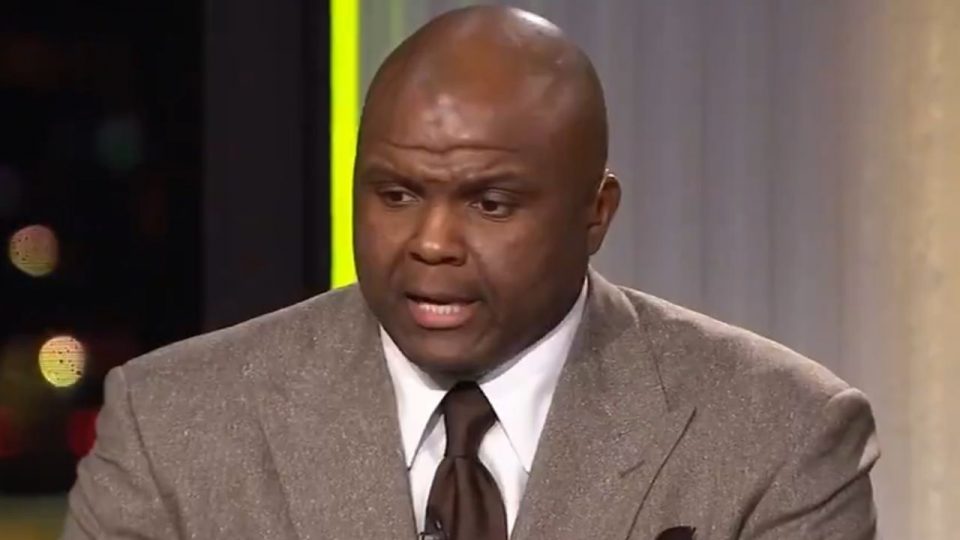 According to Larry Brown Sports, ESPN’s Anthony Darelle “Booger” McFarland criticized the priorities of young Black NFL players, whom he feels prioritize their brand over their performance on the football field.

Here’s how it started.

Earlier this week, the Washington Football Team released their quarterback, Dwayne Haskins, who has been on the team for two years. “This afternoon I met with Dwayne and informed him that we would be releasing him,” coach Ron Rivera said in a written statement. “I told him that I believe it benefits both parties that we go our separate ways. We want to thank Dwayne for his contributions these last two seasons and wish him well moving forward.”

Last week, photographs of Haskins surfaced that showed him attending a private party without wearing a face covering with his girlfriend. Due to that incident, he had been stripped of his captaincy and fined. Then, after not performing well on the field, Rivera benched him in the fourth quarter, which ultimately led to his release.

On ESPN’s Monday Night Countdown, McFarland blamed the release of Haskins and other Black football players on prioritizing brand recognition over on-field performance.

“Dwayne Haskins, unfortunately, is not the first case that I’ve seen like this. And it won’t be the last. And it bothers me because a lot of it is the young African-American player. They come in and they don’t take this as a business. It is still a game to them. It’s a billion-dollar business.”

McFarland later headed to Twitter to clarify his comments.

My message was to all players which I said but specifically to the part of the NFL that’s makes up almost 70% the AA players. And of course I’m not speaking to ALL but in my 20+ years around the NFL I’ve seen to many cases. I stand by what I said whether u agree or disagree pic.twitter.com/6buvIc7Tje