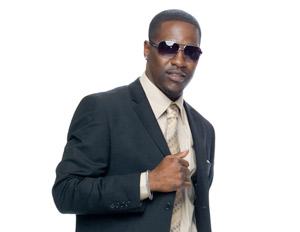 In 2009, Sports Illustrated published an article stating that 78% of NFL players are bankrupt, divorced or unemployed two years after retirement. However, former NFL defensive back and current Vice President of the NFL Player Engagement Organization, Troy Vincent found that players were not financially strained directly after retirement, but four or five years down the line, many did not have a plan and were not making an effective transition from the league to real life.

One player who serves as a prime example of how to make a successful transition after retirement is business owner, artist, and modern day renaissance man Frank Rice. After his NFL career was cut short due to an injury, Rice utilized his entrepreneurial acumen, which he gained from his father who bought his first store when Frank was in high school, to build a business and brand that would sustain him long after retirement.

During his football career you would have found Rice on the field on any given Sunday, but now, on any given Tuesday, he can be found engaging with customers at any one of the five Popeye’s restaurants in his family’s fast food empire. Other times, you may find “Fresh Frank,â€ as he was known on the TV One reality series The Ultimate Merger, with model Tocarra Jones, reading scripts, writing, acting, or producing music on his independent label Avari Music. Recognizing Rice as someone who’s carved out his niche in the business world, BlackEnterprise.com caught up with the sports entrepreneur to discuss his various ventures.

How was it initially making the transition from playing in the NFL to helping run your family’s fast-food franchises?

The transition was natural for me. It was something that I wanted to do once I stopped playing football anyway. I grew up working in the family business, which started out as a Pioneer supermarket in the ’80s, and paid close attention to how my dad ran his stores. My dad had two stores while I was in college. I acquired three more after I started playing in the NFL. I have been very successful since taking on more responsibility. We’re very proud of our first store, which is actually rated No. 3 in the Los Angeles market right now.

You also serve as Treasurer of the NFL Players Association in Los Angeles. How did that come about?

Once I came back to California after playing football, I started going to the NFL Players Association meetings. Some of the guys are about 60- or 70-years-old. I was the youngest guy there but they made me feel welcome with feelings of football camaraderie and brotherhood. At one of the meetings, we were voting on some things and someone suggested getting some of the young guys more involved. They then chose me as Treasurer.

As Treasurer, what do your duties entail?

My duties are related to anything financial that goes through the LA chapter. I hand out the checks, make sure the books are balanced, and report to the group at every meeting. It’s something that I take very seriously and I’m looking to develop the LA chapter and make it the best of them all.

Do you think that it helps that you were a former NFL player?

Definitely! I’m sensitive to a lot of the players’ issues. Many times, with the pressures of the game and trying to focus on being a perfect player, you don’t really want to deal with a lot of the other stuff, including policies and procedures I oversee. It’s good to have someone that you trust, knows what you go through, and can give you the meat and bones of what you need to know.