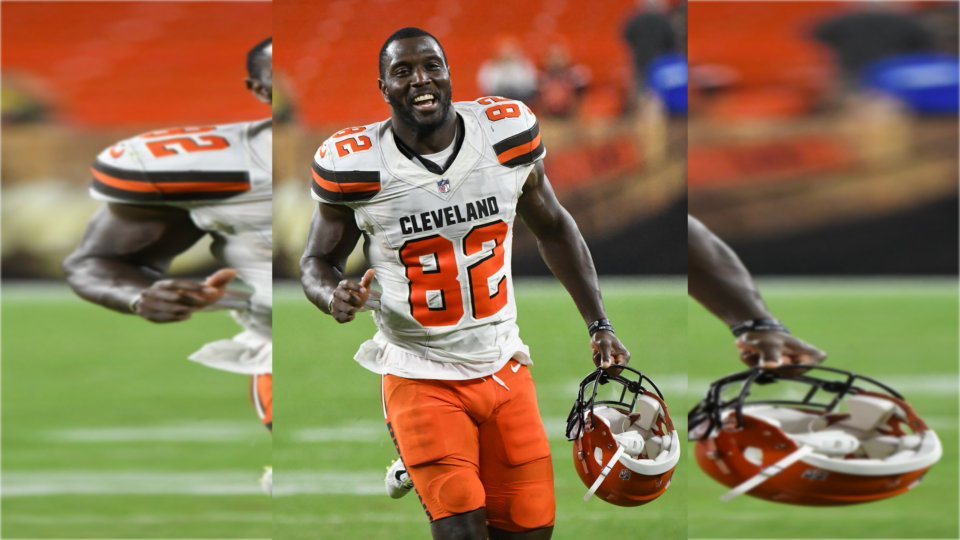 CLEVELAND, OH - AUGUST 23, 2018: Tight end Orson Charles #82 of the Cleveland Browns runs off the field after a preseason game against the Philadelphia Eagles on August 23, 2018 at FirstEnergy Stadium in Cleveland, Ohio. Cleveland won 5-0. (Photo by: 2018 Nick Cammett/Diamond Images/Getty Images)

A former NFL player was arrested and charged with aggravated assault over the weekend.

According to CBS Sports, Orson Charles, who played at the tight end and fullback position, has been arrested over a parking dispute with two off-duty police officers in Tampa, Florida on Friday night. Charles, who last played for the Denver Broncos in 2019, also played for the Chiefs, Bengals, Browns, and Lions.

Charles allegedly approached two off-duty police officers in the Ybor City neighborhood of Tampa, Florida, because of a dispute over a parking spot. He reportedly threatened to shoot the police officers with a gun he had on his person before he was detained early Saturday.

The Tampa Police Department stated that before midnight on Friday, July 15, Charles was trying to park at the intersection of 19th Street and 8th Avenue. As he approached the spot, another vehicle beat him to it.

He then reportedly went up to the driver’s side door of the other vehicle, which was occupied by two off-duty police officers, and pulled out a weapon from under his shirt, as he threatened to shoot them. The police officers then allegedly showed the 31-year-old former football player their police badges. Yet, he continued to threaten them before the officers decided to drive away.

An off-duty Hillsborough County deputy watched Charles after being told about the incident. He then followed the former NFL veteran until he was arrested and taken into police custody. He was charged with aggravated assault with a deadly weapon and carrying a concealed firearm, which are both felony offenses in Florida.

Charles played for eight seasons in the NFL. In 2012, he was taken in the fourth round and played the first two years of his career with the Bengals, then played for six other teams from 2014-2019. He was also drafted by the XFL’s DC Defenders in 2020, but did not sign with the team.