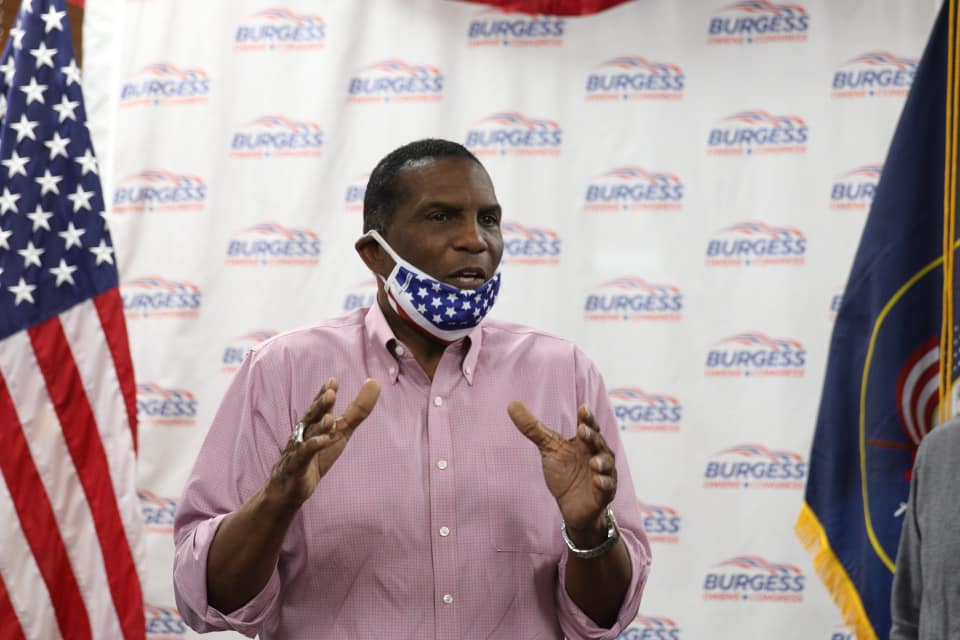 A Black former NFL player, who is running for Utah’s 4th Congressional District on the Republican ticket, told Fox News that “Black Americans are waking up and are leaving the plantation.”

Burgess Owens, who is also a Fox News contributor, appeared on The Ingraham Angle after his speech several weeks ago at the Republican National Convention.

“What the Democratic Party’s doing basically is taking away everything that gives us hope, gives us excitement,” Owens said. “They are truly a dour, dark, depressed party, and on the other side of the coin, we’re optimistic, we’re light. We say let’s go out and make things happen. Let’s figure it out.”

He continued his onslaught of criticism toward the Democrats when he appeared on Sunday Morning Futures with Maria Bartiromo.

The retired NFL player explained why he is running for Utah’s 4th Congressional District. “The young people that I’ve been trying to fight for and give hope to do not have a chance in our country as long as the Democrats keep power.”

“Misery is a strategy and you look at every single blue city in our country, you see death, you see destruction, you see anger,” Owens said referring to the protests occurring in multiple cities across the country after the death of George Floyd, who was killed while in Minneapolis police custody.

“If you want to see systemic racism look for Democratic cities and you see more Black people upset and hopeless than ever before so we have to understand that it is all about policies,” he said.

Bartiromo asked Owens, “What is the feeling among the Black community in your view as it relates to President Trump and his policies?”

Owens also stated that, “we’re experiencing things that we have not experienced in decades and because of that Black Americans are waking up and are leaving the plantation.”