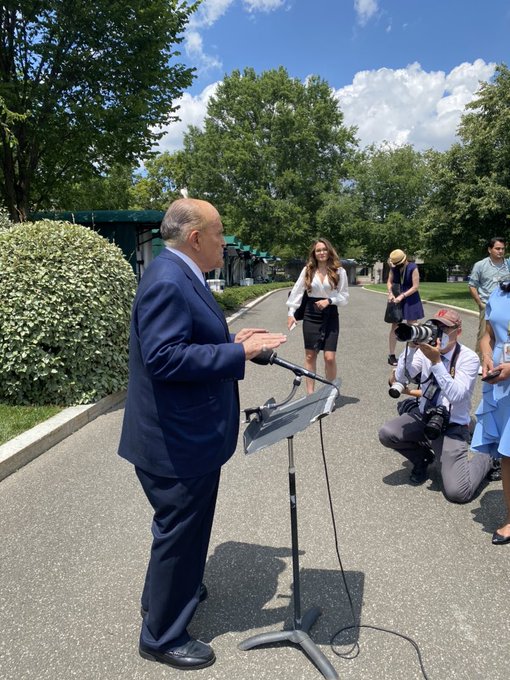 De Blasio and the New York City Council agreed to a deal to cut the New York Police Department budget by $1 billion Tuesday. However many lawmakers in the city believe the cuts didn’t go far enough.

Other Republicans have also taken shots at the Black Lives Matter movement in recent weeks. House Minority Leader Kevin McCarthy tried to blame the protests for the coronavirus spikes across the country.

“When I looked at that drone view of [Los Angeles], where it was almost a mile-long shoulder-to-shoulder of people, and they’re expressing, they’re vocal . . . and now we’re finding that’s the easiest way to transmit to one another, the long periods of time next to one another,” McCarthy told CNBC Monday.

However, a study released by researchers at the National Bureau of Economic Research stated in its report “we conclude that predictions of broad negative public health consequences of Black Lives Matter protests were far too narrowly conceived.”

The protests this summer were sparked by the death of George Floyd. Since then there have been protests in over 300 cities in America. There have also been a significant number of protests abroad.